(ATTN: UPDATES throughout with details; CHANGES headline)
By Kim Deok-hyun 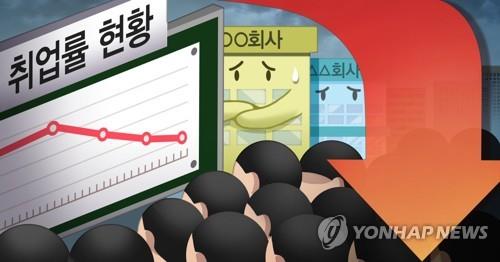 The employment rate for young adults -- those aged between 15 and 29 -- also fell 1.4 percentage point on-year to 65.1 percent last month.

The coronavirus outbreak has hit temporary and daily employees hard, with the number of temporary workers plunging by 800,000 in April, the data showed.

April's tumble was attributed to the novel coronavirus outbreak, which has dealt a harsh blow to consumer spending and corporate activities, as people have been urged to avoid going out to help curb the spread of the disease.

By industry, the wholesale and retail sector lost 123,000 jobs, and the accommodation and food service segment saw a decrease of 212,000 jobs last month.