And the Heroes have done quite a bit of winning lately. They defeated the Samsung Lions 3-2 at Gocheok Sky Dome in Seoul on Tuesday for their fourth straight victory and climbed to first place in the young 2020 season at 6-1.

Park delivered a game-tying solo home run to make it 1-1 in the bottom of the second inning, and added a double in the eighth for his second extra-base hit. 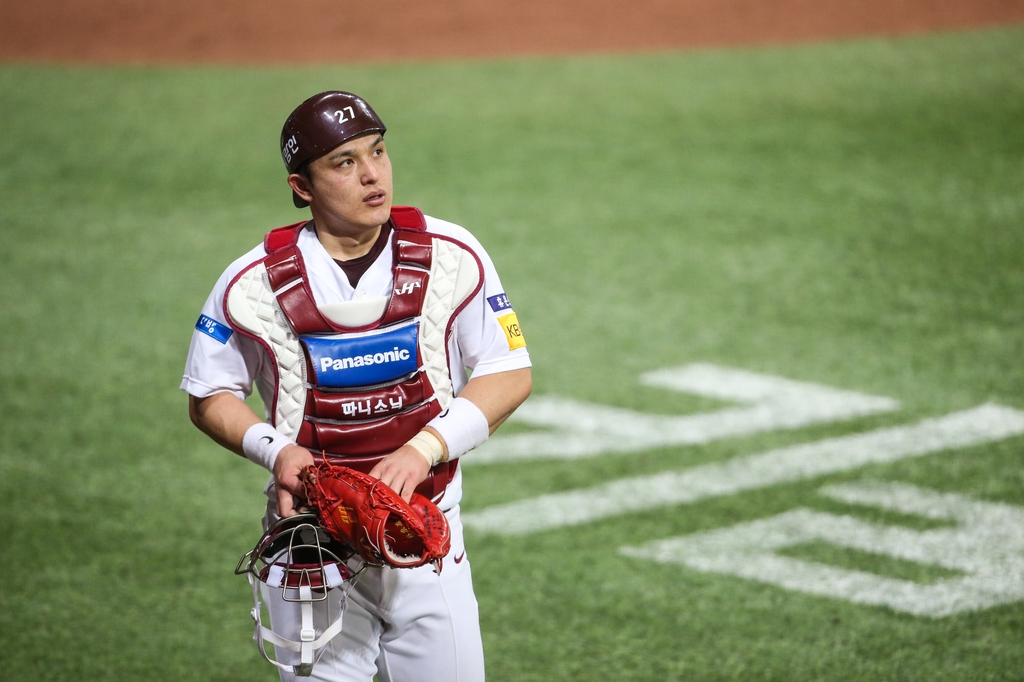 Before the Heroes took the lead in the sixth, Park's homer remained the Heroes' only hit against Samsung starter Ben Lively. It was a crucial homer that kept the Heroes in the game long enough for their mashers to come through, but Park shrugged it off as something "not that critical."

"If I hadn't hit one out, someone else would have done it," Park said. "We were able to win today because Jokisch pitched a great game."

In seven games this season, Park has made four starts behind the plate, and Lee has done so three times. They are both good enough to be a full-time backstop on many teams, but manager Son Hyuk is trying to keep them fresh for a grind of double headers and seven-game weeks.

Before the game, Son said he felt "fortunate" to have two capable catchers. Both are off to solid starts both at and behind the dish, and Park stressed that winning trumps all. 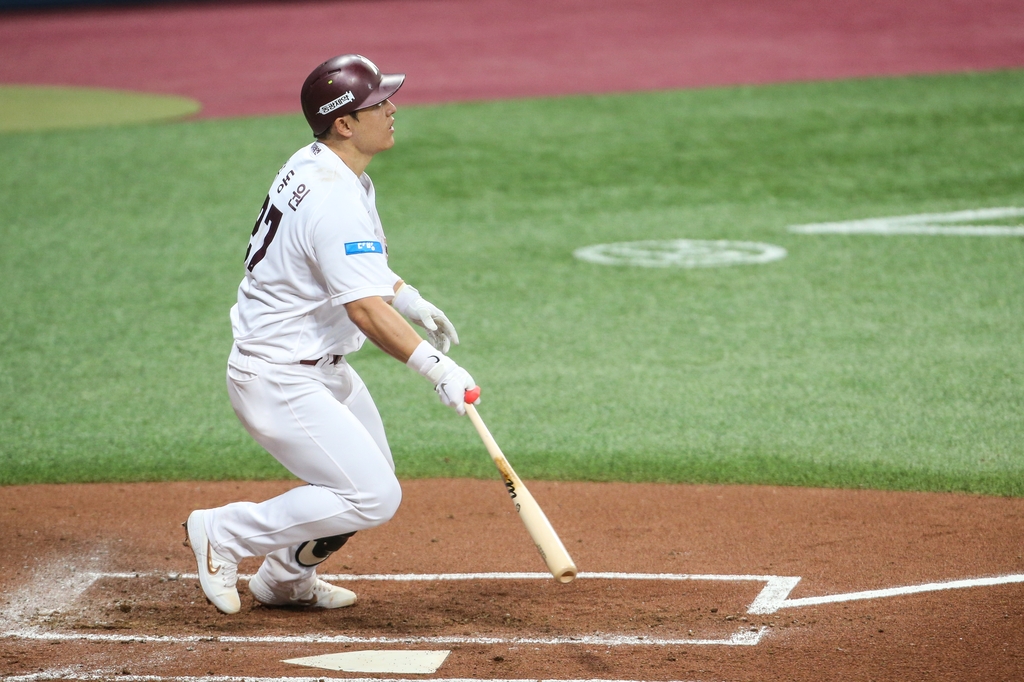 "I am speaking from the bottom of my heart; as long as we win, it doesn't matter who's playing," Park said. "Pundits see us as a title contender this year. And Ji-young and I are only concerned about winning."

The Heroes made a run at a championship last year, only to be swept by the Doosan Bears in four games in the Korean Series. Park was injured, and Lee caught all four games.

It is a memory that gnaws at Park to this day.

"Before the start of every game, our captain Kim Sang-su tells the guys, 'Let's go win again,'" Park said. "Our immediate goal is to keep winning and stay near the top of the standings. The ultimate goal is to win a championship."