SEOUL, May 13 (Yonhap) -- An investigation is under way to determine what caused the same engine problem with four of South Korea's recently upgraded high-speed patrol boats deployed to guard the sea border with North Korea and carry out other missions, military officials said Wednesday.

The Navy found a breakage in the engine cylinder head of a 230-ton Gumdoksuri-B class Patrol Killer Medium Rocket (PKMR) boat during a regular inspection, and found the same failure in three other boats of the same model.

The Defense Agency for Technology and Quality is now working to determine the exact cause of the malfunction. The results are likely to be out by the end of next month.

"The troubled parts have been replaced and the boats are now operational, but we concluded additional measures were necessary to find the exact cause of the malfunction and prevent the same failure recurring, to stably operate the boats," a Navy officer said. 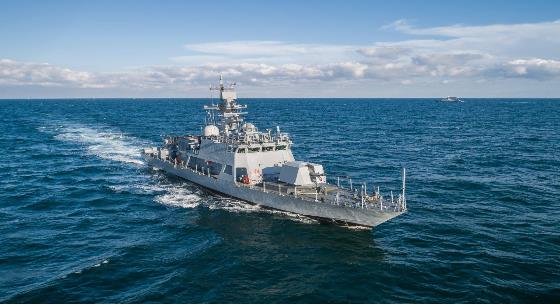