From a year earlier, the reading marks a 8.4 percent spike, the sharpest on-year gain since October 2015 when M2 jumped 8.8 percent on-year, according to the BOK. 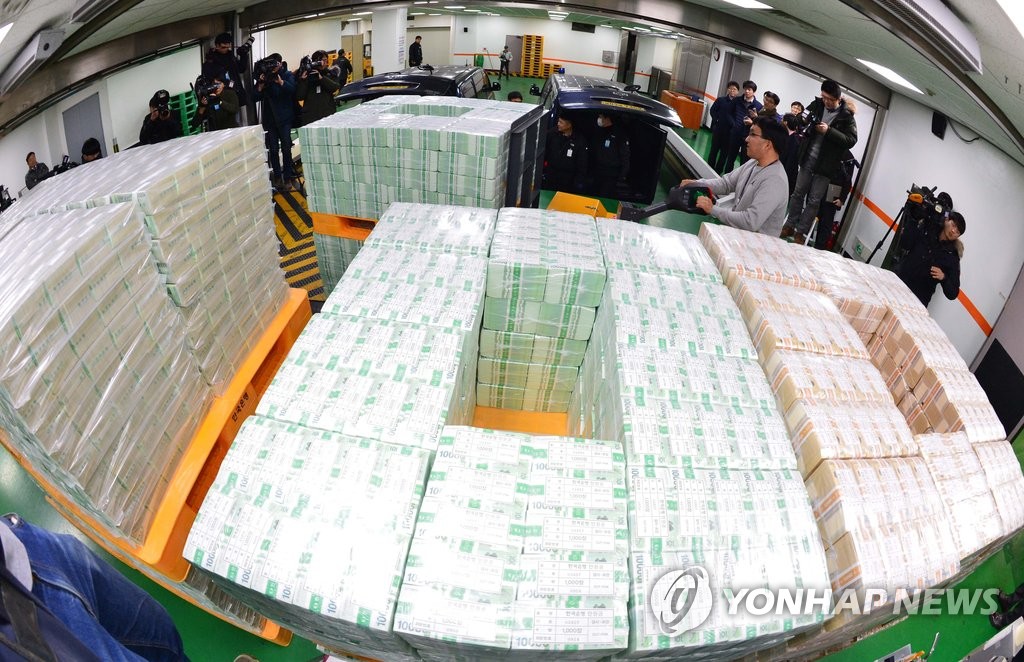 The sharp increase was largely attributed to a rise in the money held by businesses, which added 30.4 trillion won from a month earlier.

"This is the largest (on-month) gain since such data began to be available in December 2001," the BOK said.

"A large amount of money has been funneled to savings accounts on efforts by businesses to secure liquidity and the government's financial support measures amid the COVID-19 outbreak," it added.

The BOK earlier said fresh loans extended by local banks to companies amounted to 18.7 trillion won in March, spiking from a 3.6 trillion won increase the month before.

The rise in corporate loans further accelerated in April, jumping to a record high of 27.9 trillion won.

Funds held by local households, including nonprofit organizations, added 1.5 trillion won from a month earlier in March, marking a slowdown from a 10 trillion-won gain in February.

Funds held by financial institutions, on the other hand, dipped 4.9 trillion won.