Foreigners net sold US$4.32 billion worth of local shares in the month, according to the data from the Bank of Korea (BOK).

The amount marks a sharp slowdown from a net selling of $11.04 billion the month before, which was the highest monthly sell-off since the South Korean central bank began compiling such data in January 2007. 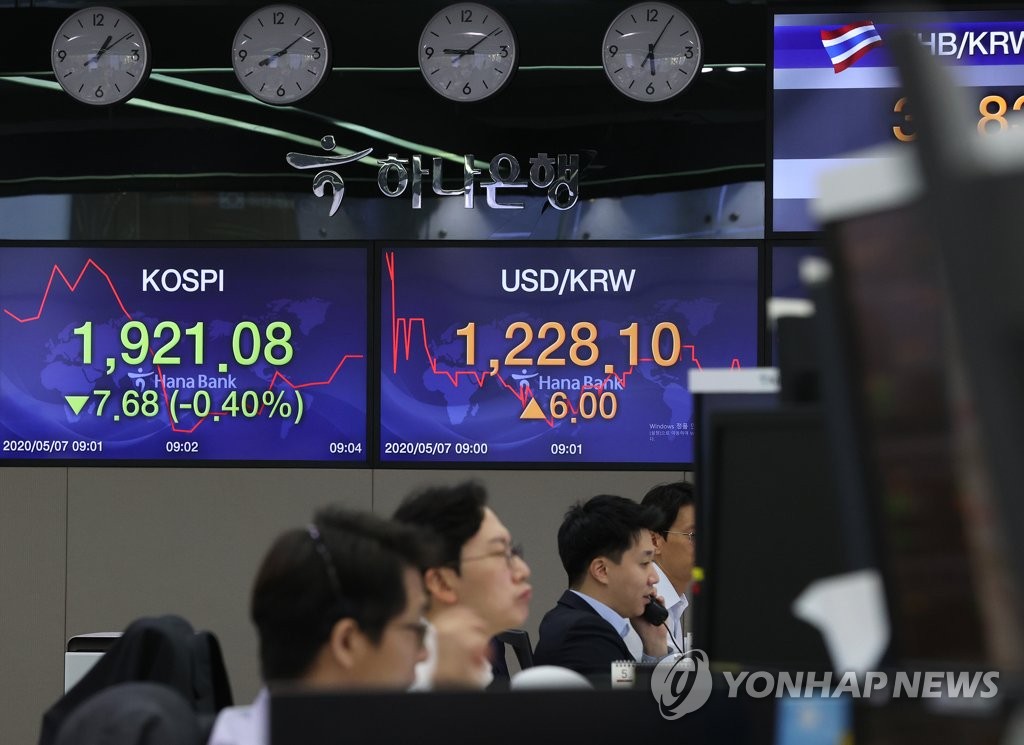 Their selling spree began shortly after the country reported its first COVID-19 case on Jan. 20.

Foreigners had net sold local shares for 30 consecutive sessions between March 5 and April 16, one of the longest selling streaks in the country's history.

"The outflow of foreign stock funds narrowed on improved investor sentiments that followed a slowdown in the spread of COVID-19 in the country," the BOK said.

The number of new daily infection cases in South Korea had stayed below 10 for over a week before a new cluster of infections linked to clubs and bars in Seoul's Itaewon was identified late last week.

In contrast, offshore investors remained net buyers of local bonds since the start of the year, purchasing a net $5.82 billion in April.

With an apparent slowdown in the spread of the new coronavirus, the volatility in the foreign exchange (FX) market also narrowed.

In April, the daily average range of fluctuation in the won-dollar exchange rate came to 5.6 won, compared with 13.8 won the month before, according to the BOK.

The BOK has supplied at least $18 billion in U.S. banknotes to local banks, using its bilateral currency swap arrangement with the U.S. Fed that is entirely aimed at helping stabilize the local FX market.

Meanwhile, the daily FX turnover between local banks came to $24.24 billion in April, down from a daily average $26.5 billion in March, the BOK said.