SEOUL, May 13 (Yonhap) -- Seoul saw another spike in infections linked to nightspots in the Seoul neighborhood of Itaewon on Wednesday, bringing the number of cases across the country to 119 and spurring fears over the possibility of a bigger outbreak.

Of the total, infections in Seoul reached 69, up from 61 a day earlier, with 14,121 people having undergone tests for the coronavirus, Seoul Mayor Park Won-soon said in a press briefing.

Health authorities have been on the alert after a 29-year-old tested positive following visits to five clubs and bars -- King Club, Trunk, Queen, Soho and H.I.M -- in Itaewon, a popular nightlife district also known for its international community, in early May. 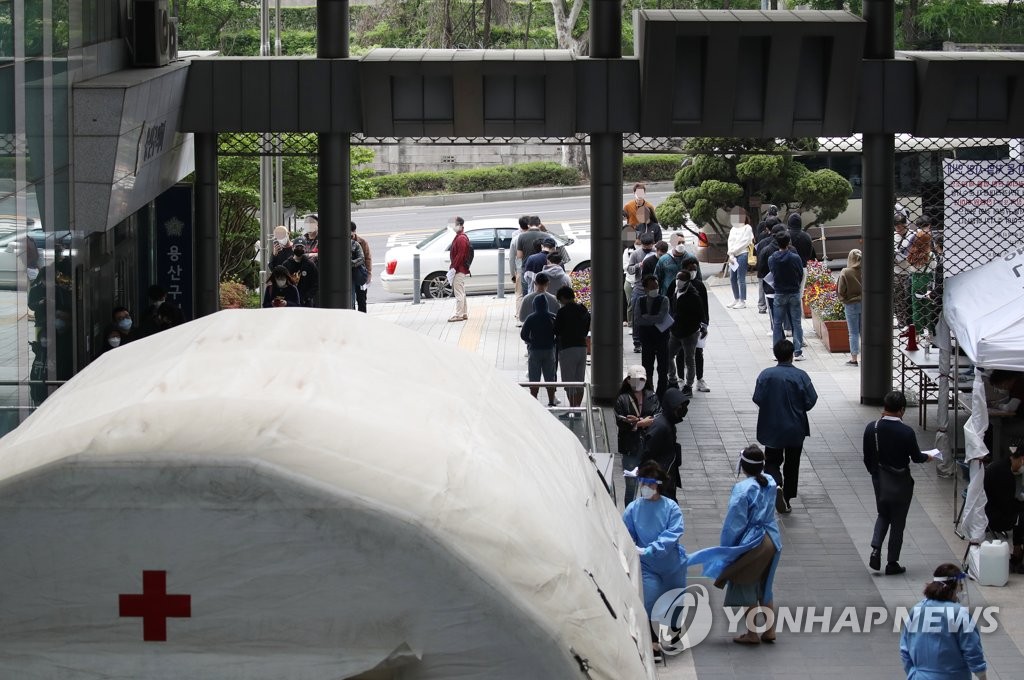 The Yongsang ward office said it has wrapped up its initial probe into 5,517 people who had visited the five affected clubs, adding that it has reached 1,289 of the nearly 2,000 people who were unaccounted for.