The Busan Main Customs office said they have arrested and forwarded to prosecutors an unidentified suspect for allegedly smuggling in 640,000 South Korean-made cigarette packs exported to Southeast Asian countries.

The cigarettes were purchased in Vietnam and Thailand and shipped to Cambodia before being disguised as luxury travel bags as transshipment cargo bound for China via Busan, according to the customs officials.

Authorities said they are in pursuit of an accomplice still at large.

The office said the suspects committed the massive trafficking to capitalize on the substantial price gap between cigarettes for domestic consumption and exports.

They were caught red handed by authorities at a secret warehouse in Busan while switching them out with travel bags. The seized volume was the largest ever in terms of smuggled cigarette confiscation by port authorities in the southeastern port city.

If the operation had ended in success, the suspects could have pocketed 500 million won in illicit gains and inflicted a loss of 2.1 billion won in state coffers, according to officials.

"We're keeping a close eye on trafficking attempts that take advantage of expedited customs processes and other means of revitalizing businesses that are hit hard by the new coronavirus epidemic," the office said, adding that it plans to continue with crackdowns through strengthened monitoring and trafficking analysis. 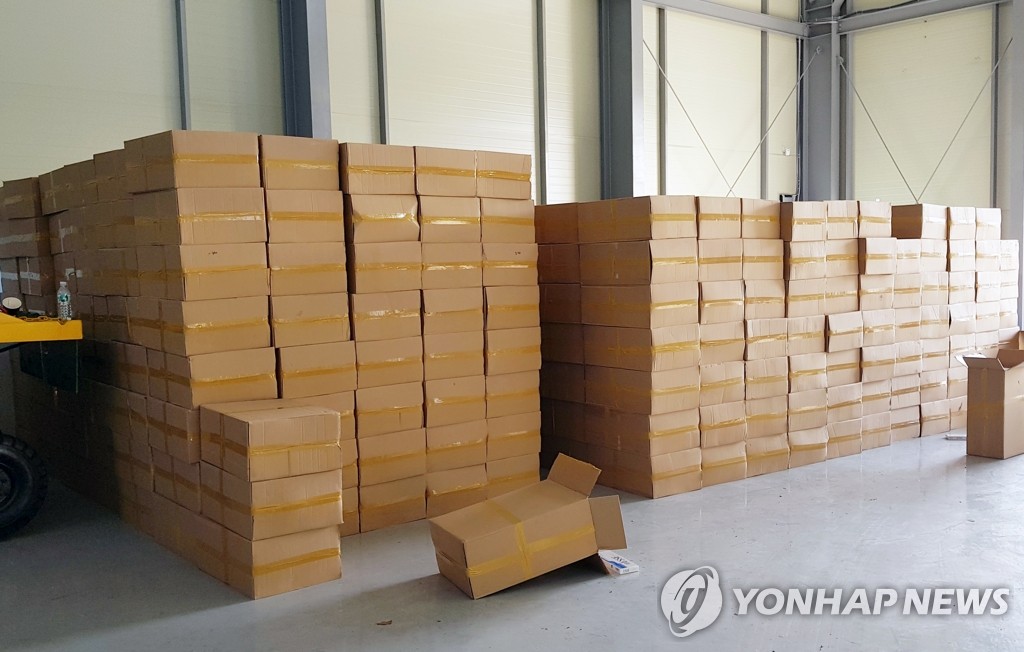