SEOUL, May 13 (Yonhap) -- Three more service members have tested positive for the new coronavirus after contact with a colleague infected with the virus after visits to clubs in Seoul's Itaewon district, the defense ministry said Wednesday.

The new cases at the Cyber Operations Command in Seoul raised the total number of Itaewon-linked infections in the military to 11. Infections at the command began with a staff sergeant who visited Itaewon clubs early this month, and eight of his colleagues have been infected so far.

The newly confirmed patients had been in quarantine at a military facility in Goesan, some 160 kilometers southeast of Seoul, after being confirmed to have had contact with the staff sergeant.

They tested negative in the preliminary round of testing but were confirmed to have contracted the virus later, according to the ministry.

Separately, the military has also reported two positive cases in Yongin, south of Seoul, in relation to the Itaewon cluster infections.

The total number of coronavirus cases in the barracks stood at 50 as of Wednesday morning.

South Korea has seen a surge in confirmed virus cases linked to Itaewon after a 29-year-old tested positive following visits to multiple clubs and bars in the multicultural neighborhood.

On Wednesday, South Korea reported 26 new cases of the coronavirus, with 20 of them tied to nightclubs and bars in Itaewon. The number brought the nation's total coronavirus cases to 10,962. 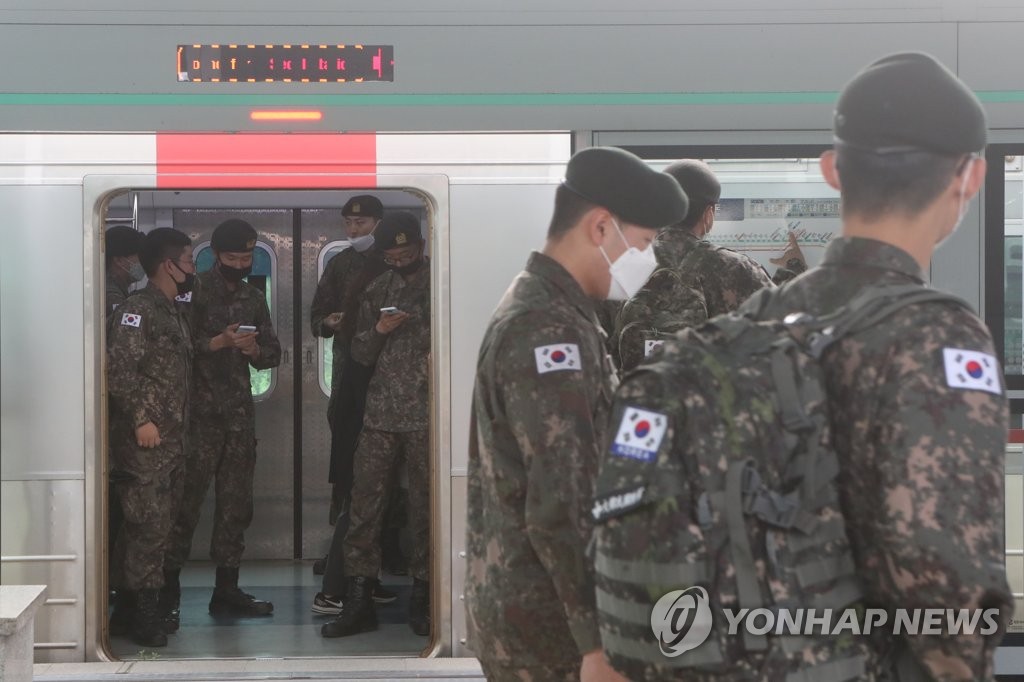