SEJONG, May 13 (Yonhap) -- Finance Minister Hong Nam-ki on Wednesday called on Japan to announce its position on high-tech export curbs against South Korea by the end of this month, renewing calls for Tokyo to lift the restrictions.

Hong made the remarks at a meeting with senior officials and experts on promoting the nation's industrial sectors on materials, parts and equipment.

In July last year, Japan imposed tighter regulations on exports to South Korea of three materials that are critical for the production of semiconductors and flexible displays. Japan later removed South Korea from its list of trusted trading partners. 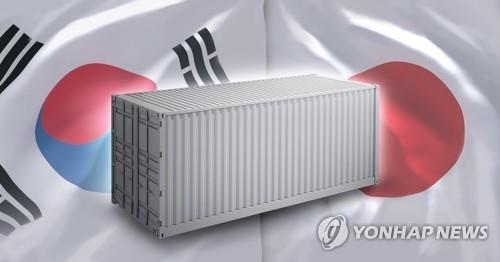 South Korea has managed to overcome Japan's export curbs by diversifying supplies of the materials and building local plants to produce such materials, Hong said.

But, the coronavirus pandemic has crippled global supply chains and the government will step up efforts to relocate plants that produce materials, parts and equipment back to South Korea from overseas, Hong said.

South Korea has been reviewing to allow cooperation in seven industrial sectors, including rechargeable battery equipment and robots for chip manufacturing, Hong said.

The cooperation is expected to help create 160 billion won (US$130 million) in corporate investment by 2025, Hong said.

In March, South Korea and Japan held talks aimed at resolving the trade row, but the talks ended with little progress.