SEOUL, May 13 (Yonhap) -- A weekly rally in support of wartime sex slavery victims took place Wednesday for the first time since a controversy erupted over the organizer's bookkeeping practices.

The decadeslong protest went ahead in front of the former site of the Japanese Embassy in downtown Seoul, with civic group members and scores of supporters, as well as opponents and reporters, in attendance.

The event drew more attention this week as the organizer, The Korean Council for Justice and Remembrance for the Issues of Military Sexual Slavery by Japan, was put under an intense spotlight after Lee Yong-soo, one of the surviving victims of the Japanese military sexual slavery during World War II, took issue last week with the group's spending practices.

The 92-year-old claimed that the group has never spent funds and public donations for the victims. She then vowed not to participate in the event any more in protest against what she argued was opaque spending.

The group has denied the allegation, saying it has spent more than 40 percent of public donations on the victims over the past three years. 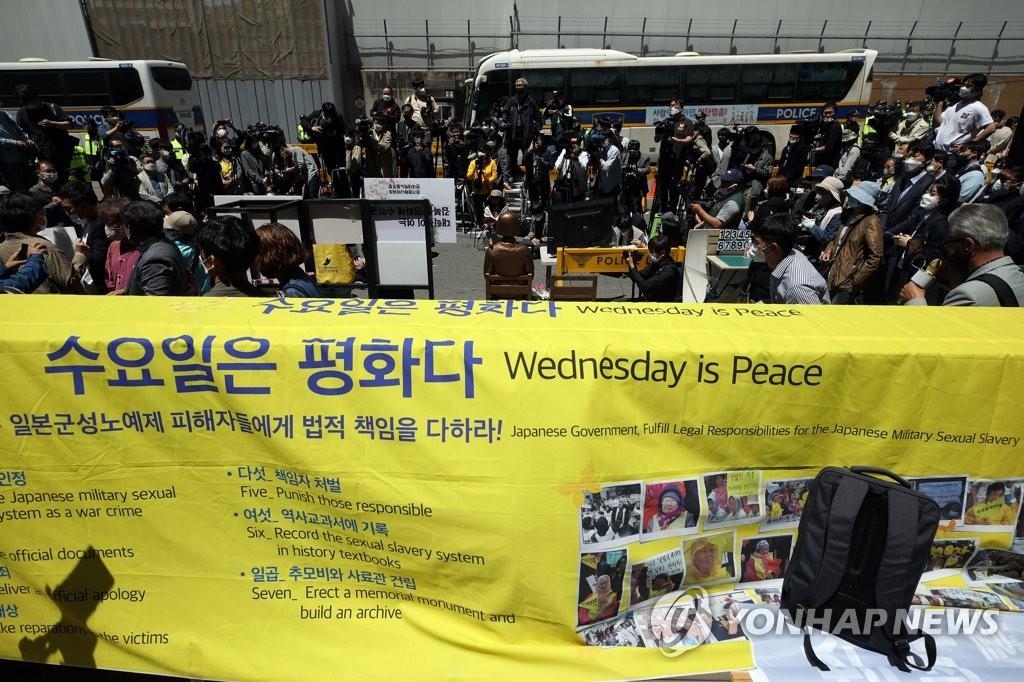 On Wednesday, Lee Na-young, president of the civic group, reiterated her position that there has never been any wrongdoings in the group's spending and bookkeeping. The group held a press briefing earlier this week to refute the claim.

She said the group's expenditure is strictly subject to regular audit but admitted that there was "a small mistake" in the process of reporting the spending to the government's tax system.

While vowing to keep the group's books in a transparent manner, she strongly protested against what she called "malicious and unfair reports" by some press.

A score of supporters were seen holding signs that said "Love You," and, at one point, burst into applause to show solidarity and support for the victims -- mostly in their 80s and 90s -- as well as the group. Some 2,000 people virtually joined the event live via a video streaming service, the new normal in the age of the novel coronavirus pandemic.

Also present were some right-wing activists who called for disbanding the council, claiming that the weekly protest has been cultivating anti-Japanese sentiments, among other things.

The Korean Women's Association United, which organized this week's event, released a statement to call for support for the council in times of difficulty.

"The council has been raising funds for the victims who hadn't received state support," Kim Young-soon, the group's head, said, adding, "It has been doing what the government should do. No attack (for the council) could be justified."

Historians say up to 200,000 women, mostly Koreans, were coerced into sexual servitude in front-line Japanese brothels during the war when the Korean Peninsula was a Japanese colony. Those sex slaves were euphemistically called comfort women. There are now 18 surviving victims in South Korea. 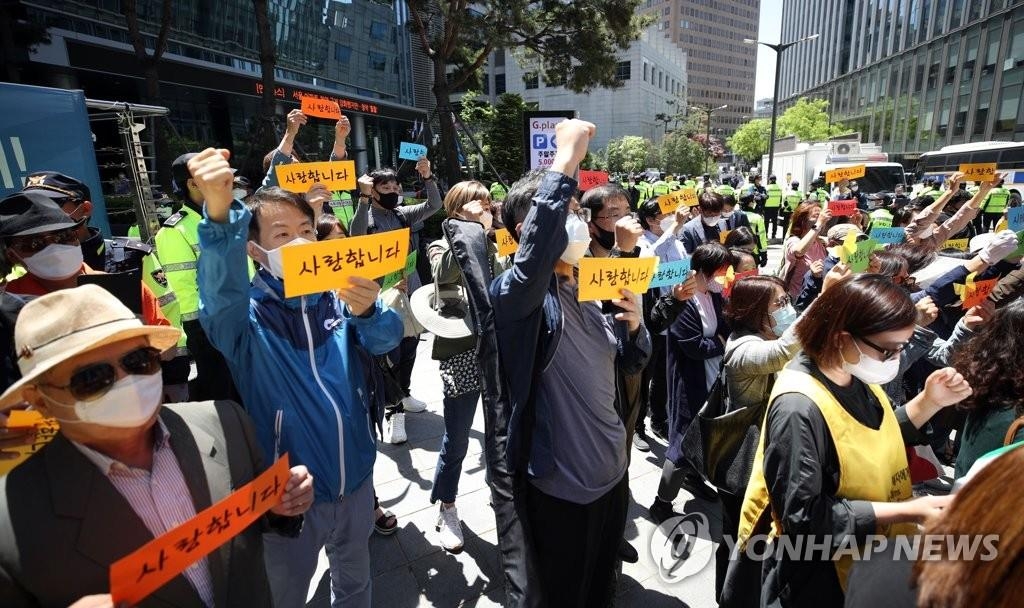