SEOUL, May 13 (Yonhap) -- An appellate court on Wednesday upheld a lower court's ruling in favor of Samsung Electronics Co.'s bid to ban the government from disclosing sensitive work environment-related information.

The Suwon High Court in Suwon, south of Seoul, said Samsung's work environment measurement report, which lists toxic materials to which company employees are exposed at its local chip plants, cannot be seen among corporate information that needs to be made public.

The ruling came after the world's largest memory chip provider filed a lawsuit in early 2019 to nullify the Ministry of Employment and Labor's decision to publicly disclose the company's work environment report upon petitions made by civic activists wanting to prove industrial accidents involving some Samsung employees who died years ago of leukemia or lymphoma. 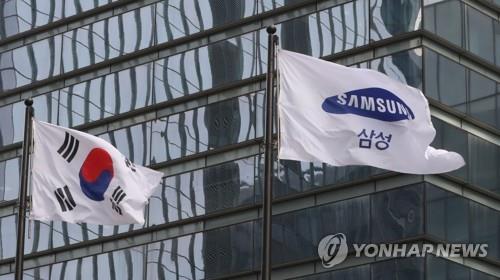 A work environment report measures workers' level of exposure to toxic substances at a workplace and must be submitted to the ministry's regional labor offices every six months.

The Jungbu Regional Employment and Labor Office under the labor ministry had decided to open Samsung's work environment report to the public, but Samsung launched administrative litigation to block the government's move, saying the report contains confidential information on the company's semiconductor manufacturing process, plant layouts and core facilities.

The Central Administrative Appeals Commission accepted part of Samsung's appeals in July 2018 and ordered the labor ministry to disclose only part of the information from its work environment report.

The Suwon District Court also sided with Samsung last August, saying people's right to know details about Samsung's semiconductor manufacturing process and other confidential information cannot be seen as more important than the plaintiff's profits that should be protected from its competitors.

The Suwon High Court cited the same reason in ruling in favor of Samsung.

"Samsung's work environment report contains information that can provide inferences about the manufacturing process, facility layouts, production capacity and volume, and degree of process automation. That information belongs to the plaintiff's management and business secrets. So there is concern that its public disclosure may significantly harm the plaintiff's legitimate interests," said the high court.

The appellate court also cited that Samsung has disclosed work environment measurements to its employees in accordance with the Occupational Safety and Health Act, and measurement information on dangerous substances that can directly affect human health has become the subject of public disclosure.