SEOUL, May 13 (Yonhap) -- Samsung Electronics Co. maintained its dominant status in the global DRAM market in the first quarter of 2020 despite a decline in revenue amid the novel coronavirus pandemic, industry data showed Wednesday.

Samsung's market share in the global DRAM market stood at 44.1 percent in the January-March period, up 0.6 percentage point from three months earlier, while its revenue declined 3.3 percent to US$6.5 billion over the cited period, according to data from market researcher TrendForce.

Its local competitor SK hynix Inc. came in second with a 29.3 percent market share in the first quarter, up 0.1 percentage point from three months earlier. Its revenue fell 4.3 percent quarter-on-quarter to $4.3 billion in the first three months of 2020, according to TrendForce. 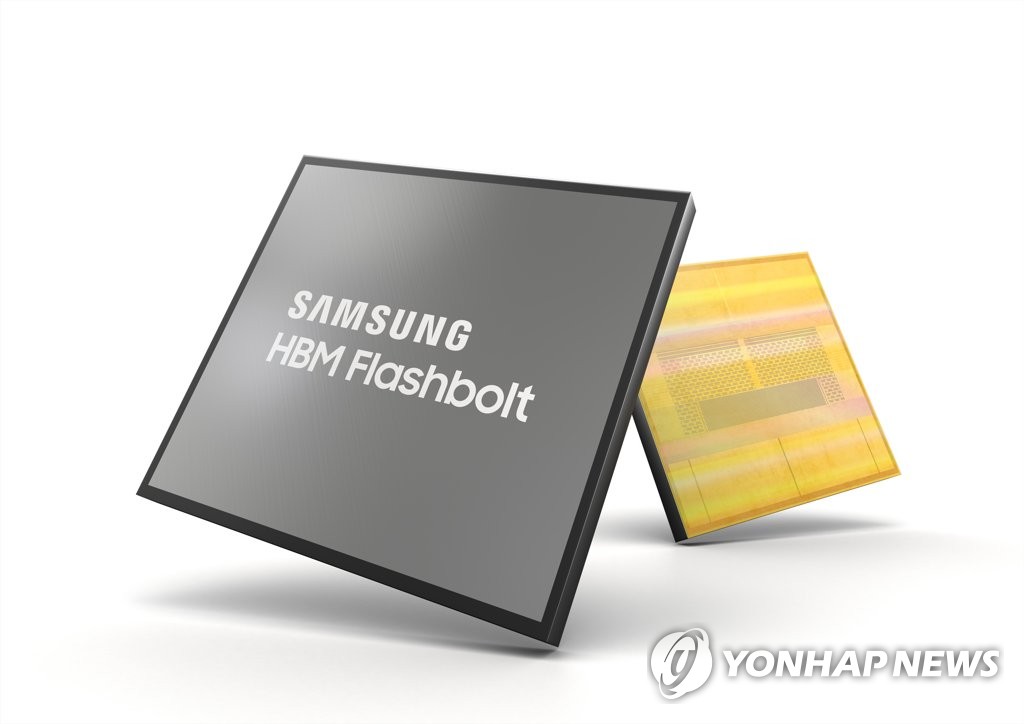 "As the pandemic-related disruptions in the supply chain caused delays in bit shipment, and the market situation changed to a state of rising prices and declining shipments, the three dominant DRAM suppliers all experienced revenue contractions in 1Q20," it said.

"Since suppliers have not made any major changes to their capacity plans for this year, TrendForce projects their market shares to remain mostly unchanged in 2Q20."

The global DRAM industry suffered a 4.6 percent quarter-on-quarter decline in revenue in the first quarter after collecting $14.8 billion, according to the data.

However, TrendForce expected overall DRAM revenue to increase more than 20 percent in the second quarter as the average selling price (ASP) of DRAM chips is likely to expand further with a rebound in bit shipment.

TrendForce said the three dominant players in the DRAM industry are scaling back their capital expenditure due to the pandemic, but they are making "good progress in their technology migrations."

"Total DRAM production capacity is not expected to show noticeable growth this year," it said. "The growth of the DRAM industry's bit output in 2020 will be mainly driven by suppliers' 1Y-nm and 1Z-nm migrations instead of a rise in wafer starts."