SEOUL, May 13 (Yonhap) -- South Korean stocks closed higher Wednesday as investors scooped up bargains amid renewed concerns over the trade row between the United States and China. The Korean won gained against the U.S. dollar.

The local stock market got off toward a weak start as Republican members of the U.S. Senate vowed to take steps to sanction China on grounds that Beijing has caused the global COVID-19 pandemic. 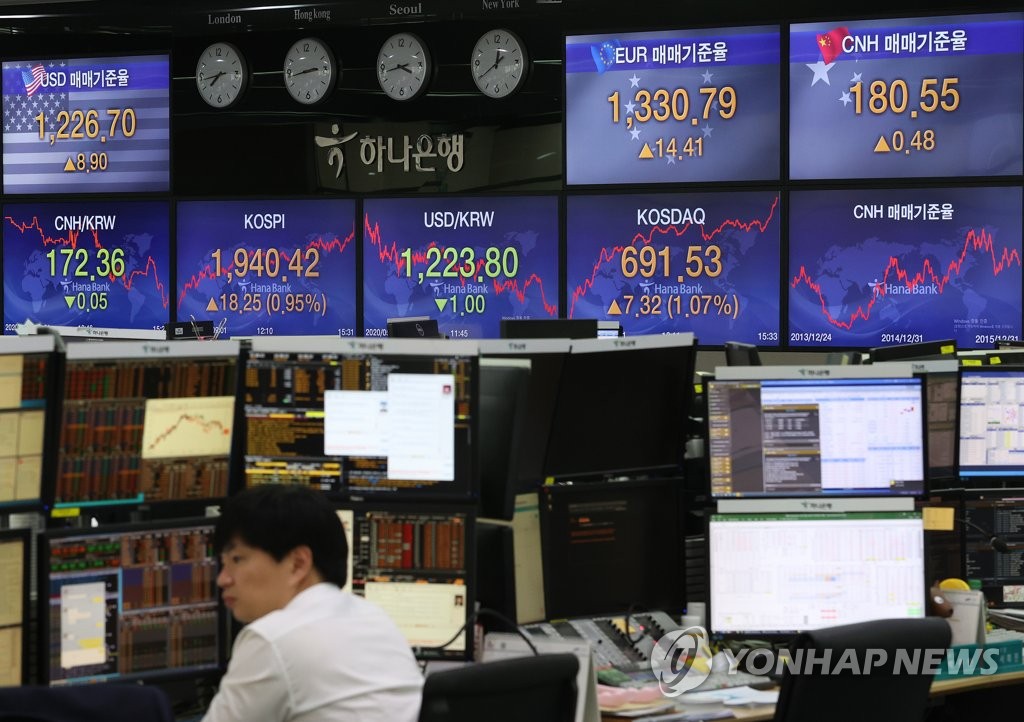 "The rising concerns over the growing trade row between the U.S. and China was a negative factor for the South Korean stock market," Seo Sang-young, a researcher at Kiwoom Securities Co., said.

Local shares, however, rebounded later in the session as investors, led by retail investors, scooped up bargains.

Bond prices, which move inversely to yields, closed higher. The yield on three-year Treasurys fell 3 basis points to 0.856 percent, and the return on the benchmark five-year government bond shed 3.1 basis points to 1.111 percent.