SEOUL, May 13 (Yonhap) -- A 2.8 magnitude earthquake hit the southwestern county of Wanju on Wednesday, the Korea Meteorological Administration (KMA) said.

The quake occurred at 3:19 p.m., 27 km northeast of Wanju in North Jeolla Province, at a depth of 12 km, according to the KMA. Wangju is located 240 kilometers south of Seoul.

The epicenter was at 36.10 degrees north latitude and 127.34 degrees east longitude, the agency said, noting damage is not expected from the quake.

It is the first time since December 2014 that Wanju has been hit by an earthquake stronger than magnitude 2. In late April, the nation's southwestern region was jolted by three earthquakes of magnitude 2.1 or larger in a span of two days, though no damage was reported from them. 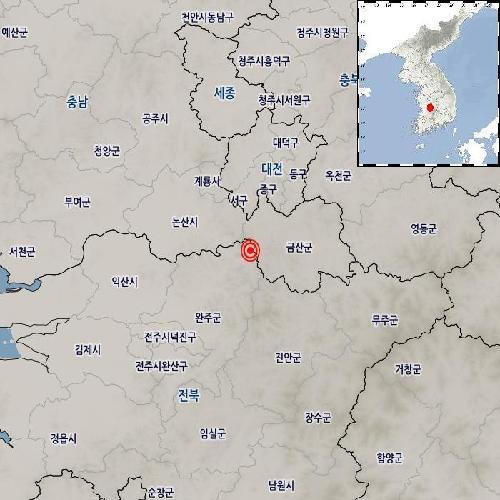