SEOUL, May 13 (Yonhap) -- The leaders of South Korea and China agreed Wednesday that the neighbouring countries are "effectively" cooperating with each other against the coronavirus pandemic, as shown in the "fast-track" entry system for business travelers.

In their 34-minute phone summit, President Moon Jae-in and his Chinese counterpart, Xi Jinping, regarded the measure as an exemplary case of bilateral partnership, according to Cheong Wa Dae spokesman Kang Min-seok.

The talks, made at Xi's request, marked their second phone conversation in less than two months. 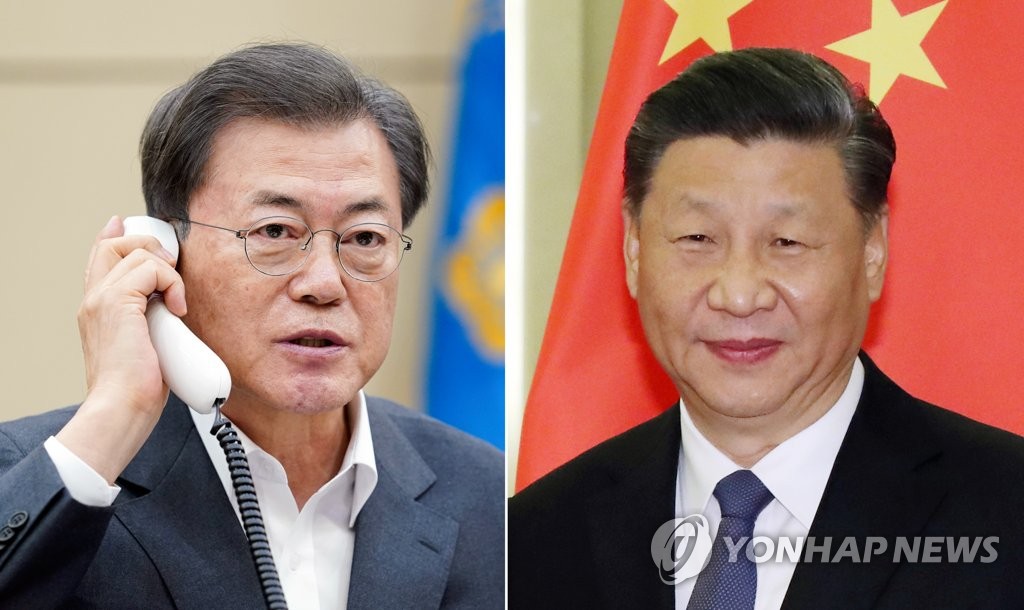 The fast-track entry measure took effect on May 1. It enables swift visits by business travelers so as to help them minimize the fallout from travel restrictions imposed over the COVID-19 pandemic.

A total of 215 executives and workers from Samsung SDI, Samsung Electro-Mechanics, Samsung Display and their subcontractors left for Tianjin, a major port city in northeastern China, last weekend. They began work earlier Wednesday.

Cheong Wa Dae did not reveal immediately whether Moon and Xi touched on the North Korea issue and Xi's plan for a visit to South Korea.

Seoul is seeking cooperation with Pyongyang in containing the coronavirus, which wouldn't be subject to U.N. Security Council resolutions on the communist nation.

Xi also plans to travel to South Korea "as early as possible" within this year, a Cheong Wa Dae official said, requesting anonymity. He did not rule out the possibility that Xi will make a trip here before the end of June.

Another official said Cheong Wa Dae is preparing to release another statement on additional results of the talks.