SEOUL, May 13 (Yonhap) -- Chinese President Xi Jinping stressed Wednesday that he remains firmly committed to a plan to visit South Korea within this year, speaking on the phone with President Moon Jae-in.

Moon replied that Xi's trip here is "more important than any other thing" in Seoul-Beijing relations, according to Cheong Wa Dae spokesman Kang Min-seok.

They agreed to continue consultations so that the visit can be made "at an appropriate time" as soon as coronavirus situations stabilize and relevant conditions are created, he added.

Xi earlier agreed to make a trip here in the first half of this year. Moon wanted it to be realized in March or April, but it was postponed indefinitely due to the coronavirus outbreak.

The talks, made at Xi's request, marked their second phone conversation in less than three months.

The COVID-19 crisis has demonstrated close partnerships between the two sides.

As "good neighbors," Xi pointed out, the two have become a model for international quarantine cooperation.

He said a "good neighbor can't be exchanged even for gold" and expressed hope for the further strengthening of communication and cooperation as done over the past three years since Moon's inauguration. 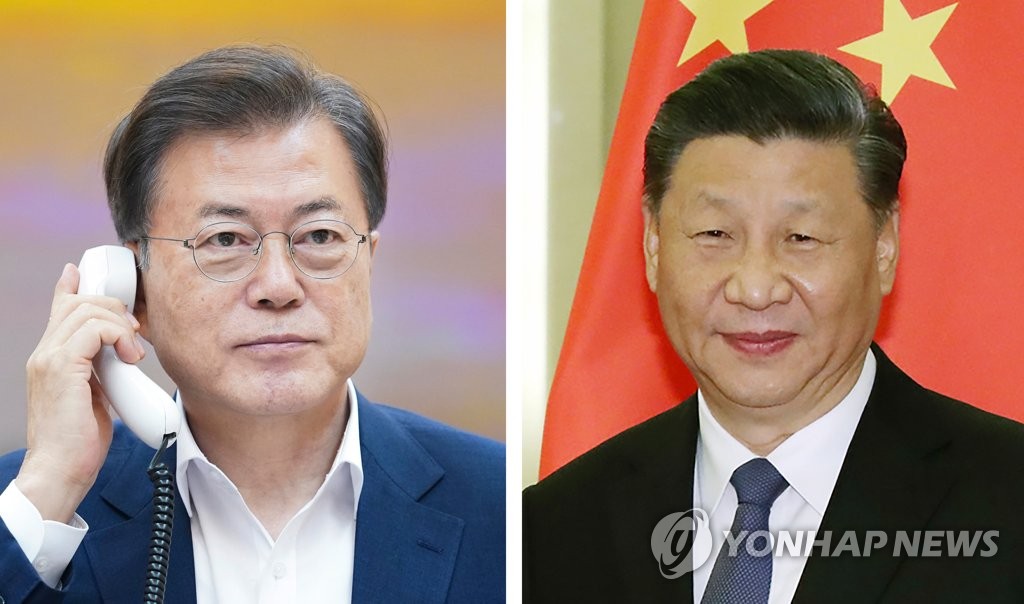 Moon agreed that bilateral anti-virus partnerships have proceeded well since their previous phone conversation in February.

They pointed out the introduction of the "fast-track" entry system for business travelers, calling it an exemplary case of state-to-state cooperation in the fight against the pandemic.

The fast-track entry measure took effect on May 1. It enables swift visits by business travelers so as to help them minimize the fallout from travel restrictions imposed over the COVID-19 pandemic.

A total of 215 executives and workers from Samsung SDI, Samsung Electro-Mechanics, Samsung Display and their subcontractors left for Tianjin, a major port city in northeastern China, last weekend. They began work earlier Wednesday.

Regarding the Korean Peninsula issue, Xi reaffirmed China's constant support for the peace process and Moon expressed his gratitude.

The Moon administration is seeking cooperation with Pyongyang in containing the coronavirus, which wouldn't be subject to U.N. Security Council resolutions on the communist nation.

Meanwhile, a Cheong Wa Dae official said on condition of anonymity that it's still too early to rule out the possibility of Xi coming to South Korea before the end of June. 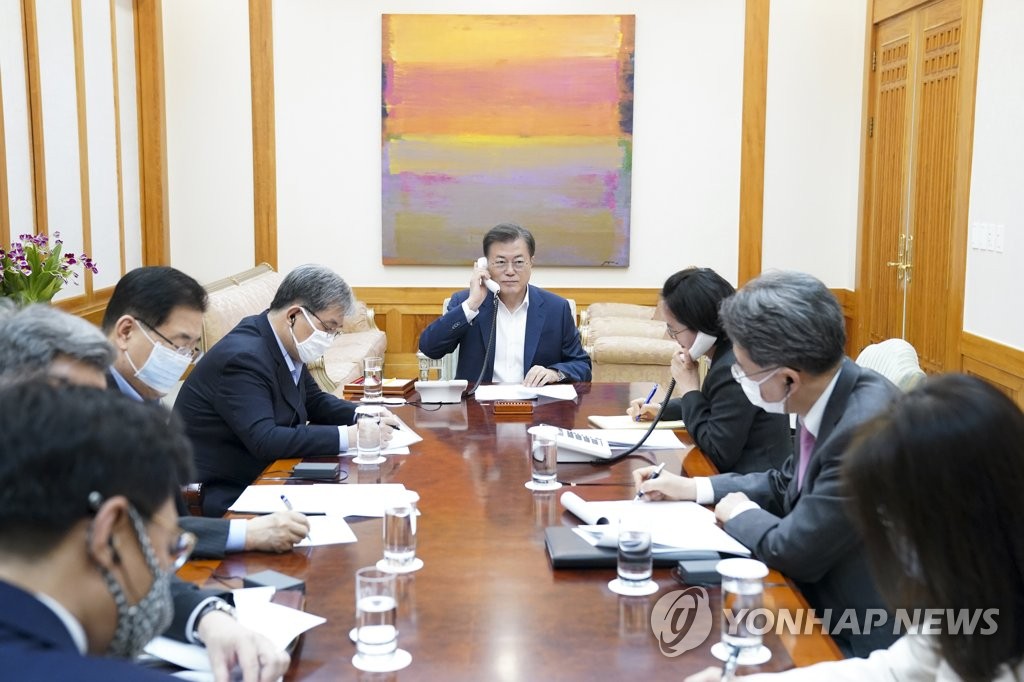