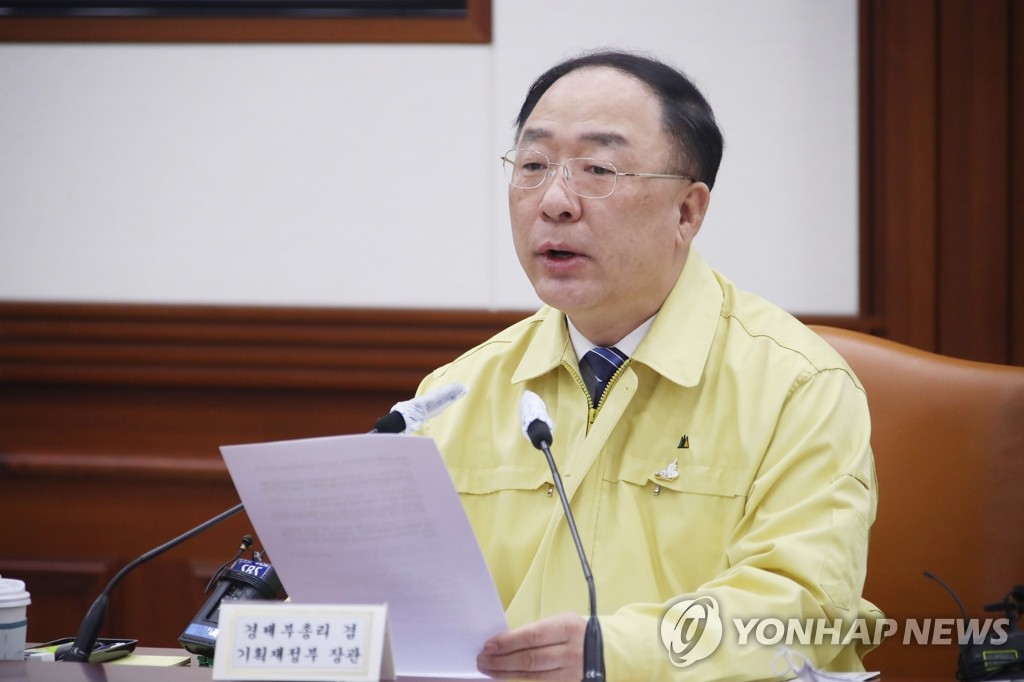 The government will also push for a safety net for temporary and freelance workers, Hong said.

Vice Finance Minister Kim Yong-beom told a briefing that the nation's economy faces a "wartime situation" and the government will make utmost efforts to create jobs.

Kim said exports are likely to contract for the time being but may recover as the United States and European nations have slowly eased lockdown measures.

However, fears of a new wave of infections and U.S.-China friction are expected to weigh on the nation's economy, Kim said.