BUSAN, May 14 (Yonhap) -- Baseball is always fun when you are winning a lot of games, but it goes beyond that for the Lotte Giants these days.

Their five-game winning streak to open the 2020 Korea Baseball Organization (KBO) season was snapped Tuesday. And they were locked in a tight battle against the Doosan Bears on Wednesday at Sajik Stadium in Busan, 450 kilometers southeast of Seoul.

But that did not keep the Giants' players from having a little fun -- with their opponents, at that.

One particular play served as a clear illustration that, though mostly the same players are back from last year, we are looking at a vastly different Giants team this year from 2019, when they finished in last place.

With the Giants having taken a 9-8 lead in the bottom eighth and put runners at first and second with two outs, Han Dong-hee sent a fly ball to shallow right field. Doosan right fielder An Gweon-su came in and made a fine diving grab to end the inning. 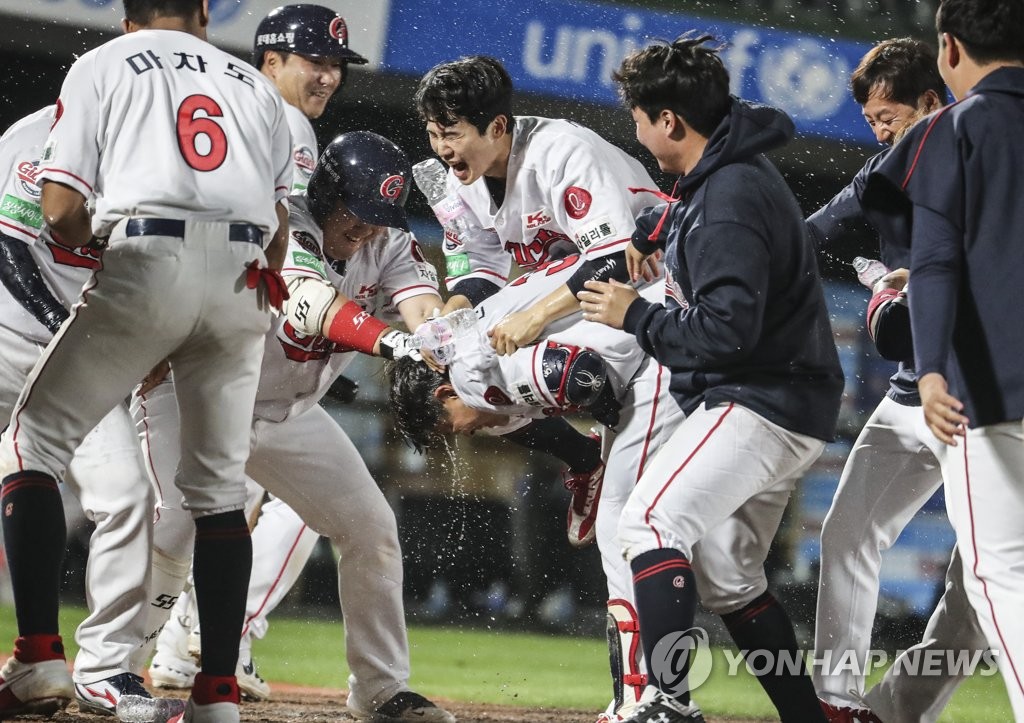 The Giants asked for a video replay to see if An had trapped the ball instead of catching it cleanly, and the original out call stood.

It was potentially a back-breaking play for the Giants. But their bench, instead of sulking over the close call, acknowledged An's highlight-reel play.

Even in such a tight game -- albeit early in the season -- these veterans were setting the tone in the dugout: It is OK to smile once in a while, tight score or not.

If they had been the uptight bunch that they were a year ago, none of this would have happened.

"This is my 15th year in professional baseball, and I've never played on such a loose team," said Lotte captain Min Byung-hun, who delivered the walk-off solo home run in the bottom of ninth for a 10-9 win. "We're all comfortable doing our own things, and we're not worried about what others may think."

Min said the key is not stressing over every little play. 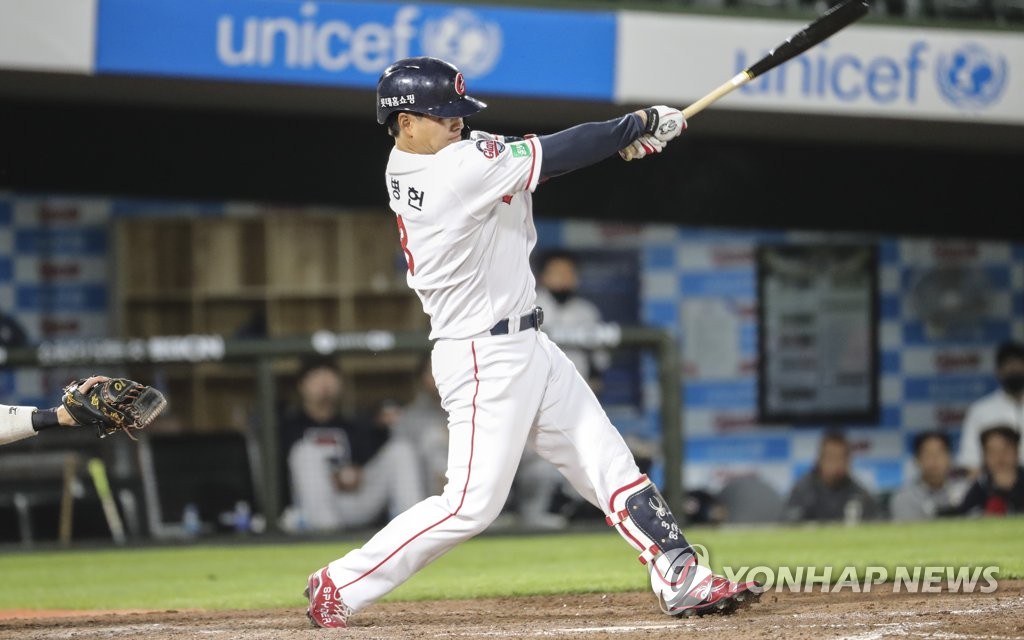 "When we strike out, we just have to acknowledge that the pitcher threw a good pitch, and we can move on and focus on what we're supposed to do," Min said. "It's the same for pitchers. If they get hit hard, they just say it was the batter. That's what our manager (Her Mun-hoe) has stressed the most."

It was that kind of "whatever happens, happens" mindset that allowed Min to jump on the first pitch offering from Doosan reliever Lee Hyeong-beom and drive it over the right field wall for the game-winning shot.

"Since I was leading off the ninth, I wasn't sure if I should take a pitch or swing," Min said. "And I decided I should just take a hack and see what happens. I don't even remember what pitch I hit."

After the Giants won their fifth straight game last weekend, Her told his players that he liked seeing them have fun on the field.

"Winning and losing are really secondary," Her said. "I think maybe the players weren't so sure at first, but I think they've come around. I think they're really having a good time out there." 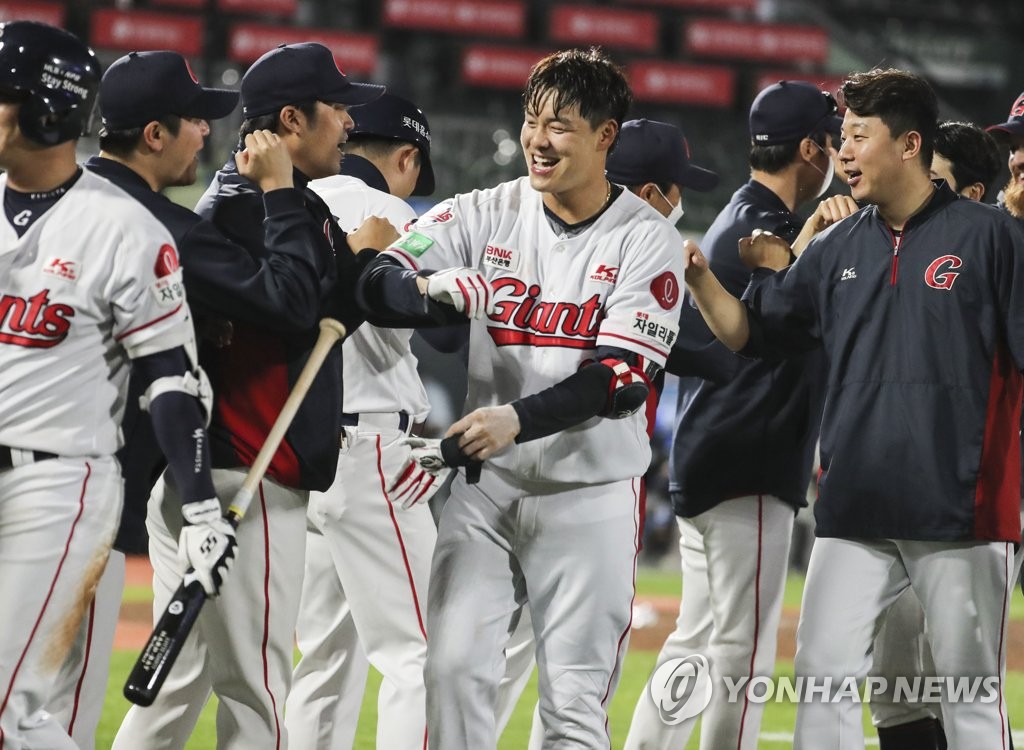