South Korea temporarily eased restrictions on telemedicine, allowing doctors to treat coronavirus patients with mild symptoms via video. A nationwide telemedicine service has not been available here because of strong opposition from doctors, who claim that such services may lead to misdiagnoses and data theft.

"The Ministry of Economy and Finance is sticking to its stance that there is a need to actively review the implementation of telemedicine services," Kim told reporters.

Prime Minister Chung Sye-kyun also said the same day that remote treatment and monitoring services should be expanded in an era in which quarantine efforts become part of everyday life.

"We need to apply cutting-edge information and communications technologies and other fourth industrial revolution technologies ... to raise our smart, non-in-person industry to a world-class level, and upgrade our quarantine and health system," Chung said during a meeting with medical experts in Seoul. 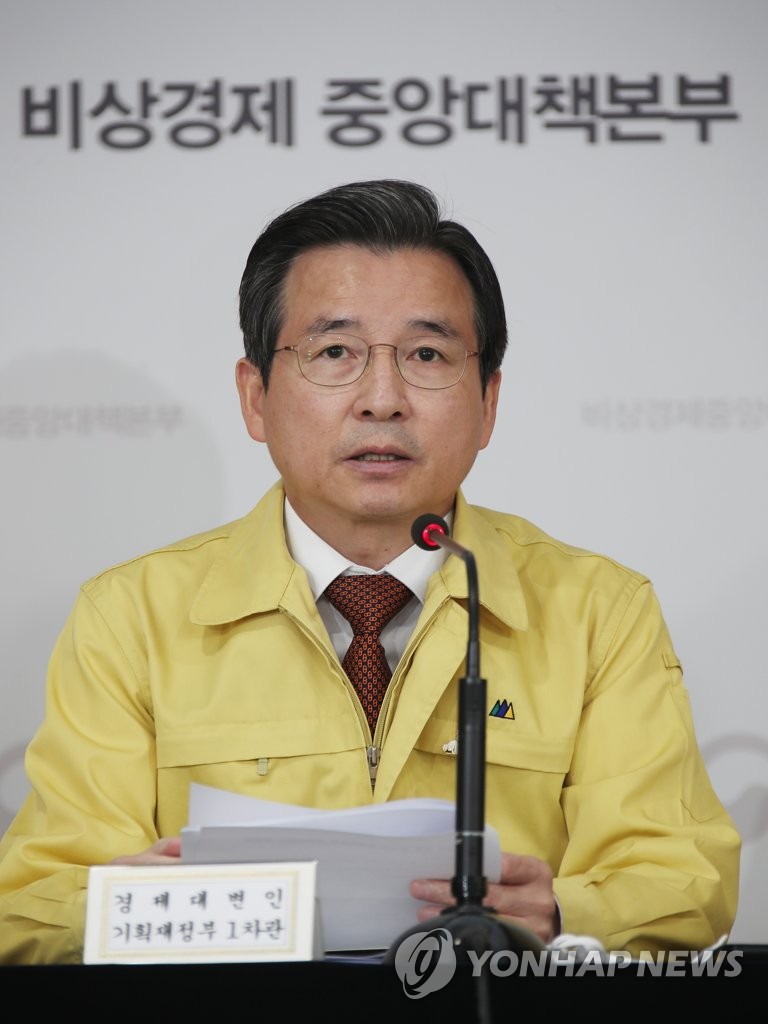 The Korean Medical Association, which represents some 100,000 physicians across the country, is strongly opposed to the move, citing safety concerns and other potential problems.

Doctors argue the scheme will hurt smaller clinics as patients will be able to get help virtually through large hospitals.

In 2015, South Korea increased the number of people in its telemedicine pilot program to about 5,300 on seven remote islands, as well as prison inmates, deep-sea fishermen and soldiers near the border with North Korea, to check the feasibility of the system before expanding it across the country.