SEOUL, May 14 (Yonhap) -- New cluster infections of the novel coronavirus linked to clubs and bars in Seoul have dealt another heavy blow to the South Korean film industry, which has been trying to get back to normal after slumping for months.

The release of the mystery thriller "Intruder," directed by Sohn Won-pyung and starring Song Ji-hyo, has been put off to June 4 from May 21, according to its distributor, Acemaker Movieworks.

"Due to intensified social concerns following an increase in COVID-19 cases and the postponement of school reopenings, we decided to move the release date of our film to June 4," the company said in a statement.

The film is about a family embroiled in mysterious incidents after their missing daughter returns home. 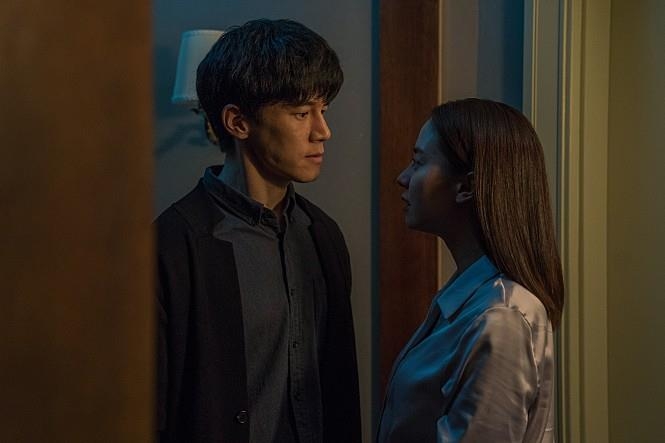 Its opening schedule has been postponed three times since the original March 12, during the first phase of the coronavirus pandemic.

Moreover, distributors of dramas "A French Woman" and "Innocence" have also decided to put premieres of their titles on hold until June.

The delays came as South Korea has been experiencing a spike in new daily coronavirus cases related to clubs and bars in the capital city's multicultural neighborhood of Itaewon.

The number of infections connected to Itaewon reached 133 as of Thursday morning, according to health authorities, sparking fears over a second wave of coronavirus in the country.

Consequently, the number of moviegoers backtracked to a daily 24,000 on Monday and Tuesday, compared to a two-month high of 114,000 tallied on May 5, Children's Day and the last day of a six-day holiday.

About a week earlier, the local film industry was excited and hopeful about a possible turnaround in ticket sales on relaxed social distancing after the country reported around 10 new confirmed cases per day for more than a week.

The Korean Film Council (KOFIC) was to issue special discount coupons to attract more people to theaters next week as part of the government's 171 billion won (US$13.8 million) rescue fund.

But the plan has been scrapped as the releases of Korean films, like "Intruder" and "Innocence," have been rescheduled to next month.