LG Electronics Inc., Samsung Electronics Co. and Winia Dimchae Co. are all vying for the top position in the segment.

Consumers can open the doors of the fridge with and can control settings of the water dispenser through voice commands, according to LG.

The company also emphasized that the water purifier in the fridge will come with a three-tier filtration system that can remove chemicals and germs. LG added that its water purifier faucet can be regularly sterilized through an ultraviolet (UV) LED. 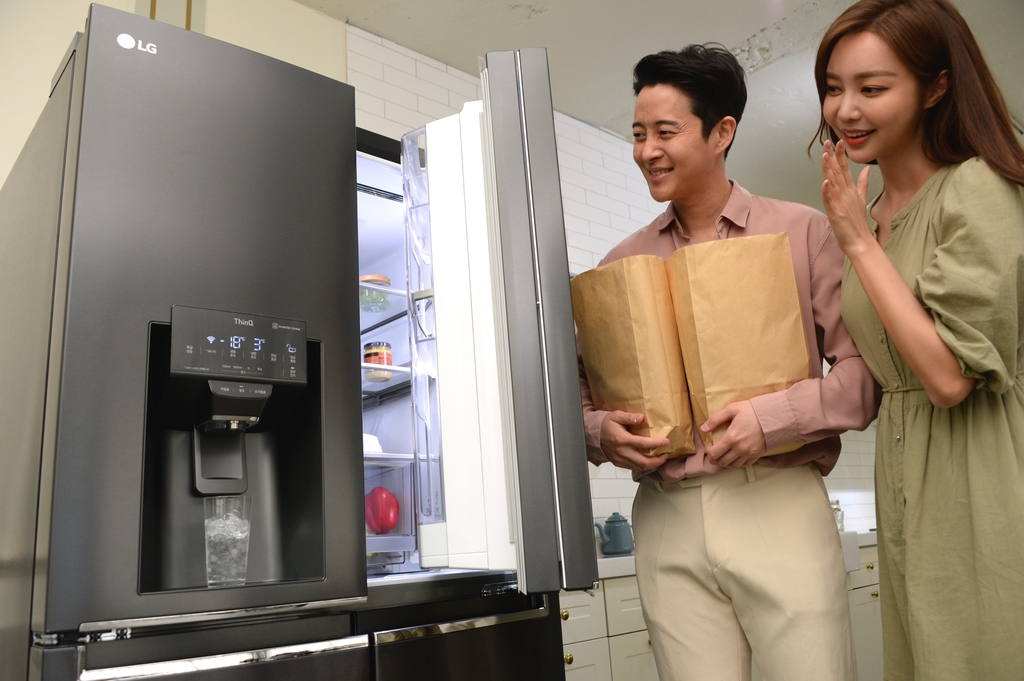 With the latest product, LG said it plans to release 30 new refrigerator models in the first half of the year to improve sales in the domestic market amid the novel coronavirus pandemic.

Although refrigerators equipped with water dispensers have been popular in markets like the United States, Samsung has not released such products in South Korea since 2013.

But the tech giant said it decided to reenter the market following local consumers' growing interest in the product.

"Our double-door water purifying refrigerator is developed for consumers who felt inconvenience when replacing filters and wanted to use a water purifier in small kitchen spaces," the company said.

Samsung said its water purifier in the refrigerators will have three filters and will have a four-tier filtration system. 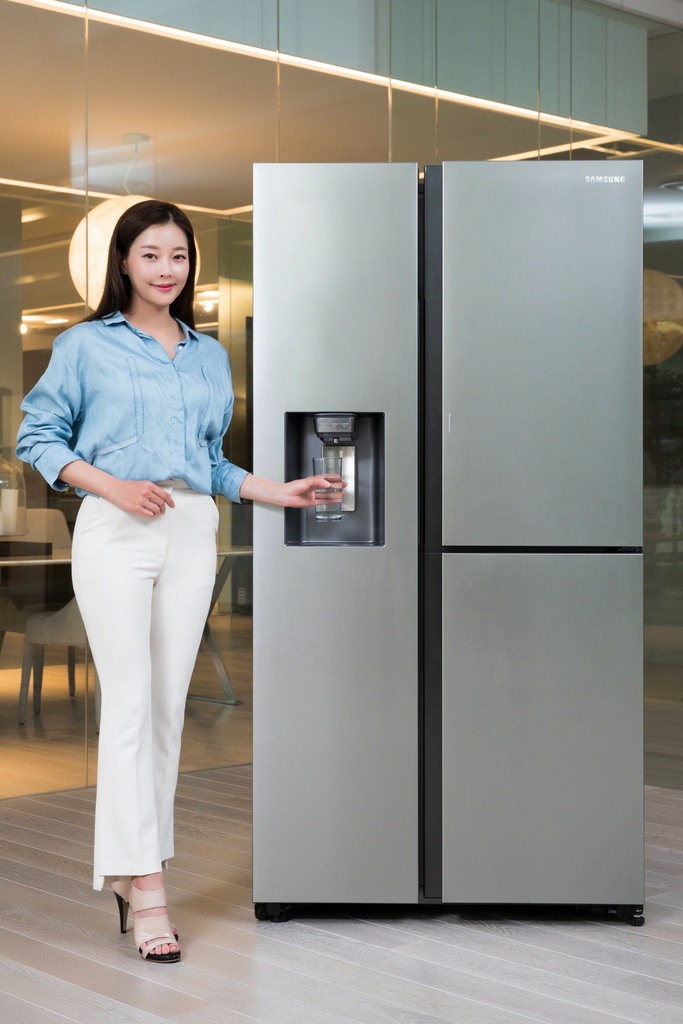 The company said its water purifier in the fridge can also purify up to 2,300 liters, meaning consumers need to replace water filters only once a year.

Samsung said the 805-liter refrigerator will be sold for 2.59 million won here, and it plans to release premium four-door refrigerators with water dispensers in the future.

The company said it will offer three-year warranty and consumers can replace water filters twice a year for free during that period. Its French-door refrigerator will be sold for around 3 million won.