SEOUL, May 14 (Yonhap) -- The South Korean economy is expected to contract 0.5 percent on-year in 2020 due to the fallout from the coronavirus outbreak, a think tank said Thursday.

In its revised growth outlook, the Korea Institute of Finance (KIF) predicted Asia's fourth-largest economy will shrink 0.7 percent in the first half of the year, hit by tumbling consumer spending and exports.

The economy is projected to make a slight recovery and contract 0.3 percent from a year earlier during the second half.

The grim projection represents a sharp turnaround from the economy's 2 percent expansion last year, which was the slowest on-year growth since 2009.

In the first quarter of the year, the economy shrank 1.4 percent from three months earlier, as the coronavirus pandemic crippled industrial output, consumer spending and the job market. 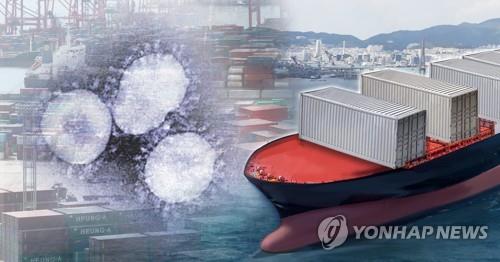 The KIF forecast South Korea's private consumption will decline 2.1 percent from a year ago in 2020 in the wake of social distancing measures to curb the spread of COVID-19.

Corporate capital spending is predicted to increase 2.9 percent, but construction investment is estimated to decrease 2.2 percent.

This year's exports are forecast to shrink 3.1 percent from a year earlier due to slumping global trade, compared with double-digit falls predicted by the International Monetary Fund and the World Trade Organization.

The country's jobless rate is expected to climb 0.2 percentage point to 4 percent this year, with the number of employed people dropping by 90,000.

South Korea's consumer inflation rate is estimated to reach 0.5 percent in 2020, with its current account surplus likely to coming to US$30.6 billion.

The think tank predicted the Korean economy will make a U-shaped recovery due to the spread of the coronavirus in major economies and concerns over a second wave of infections amid a lack of vaccines.

In light of that, the KIF called on the government to come up with policies tailored for a prolonged virus-induced economic crisis.
(END)