SEOUL, May 14 (Yonhap) -- President Moon Jae-in announced a push Thursday for a government-private sector fund to help startups in South Korea move toward the goal of becoming global giants.

He was speaking at a meeting with a group of young South Korean entrepreneurs, his first official activity outside of Cheong Wa Dae since the third anniversary of his May 10 inauguration.

The event represents Moon's resolve to promote the country's digital economy in preparation for the post-coronavirus era.

In a special address Sunday, he made public a scheme for the Korean version of the New Deal, dubbed by the media as the "Green New Deal" or "Digital New Deal." 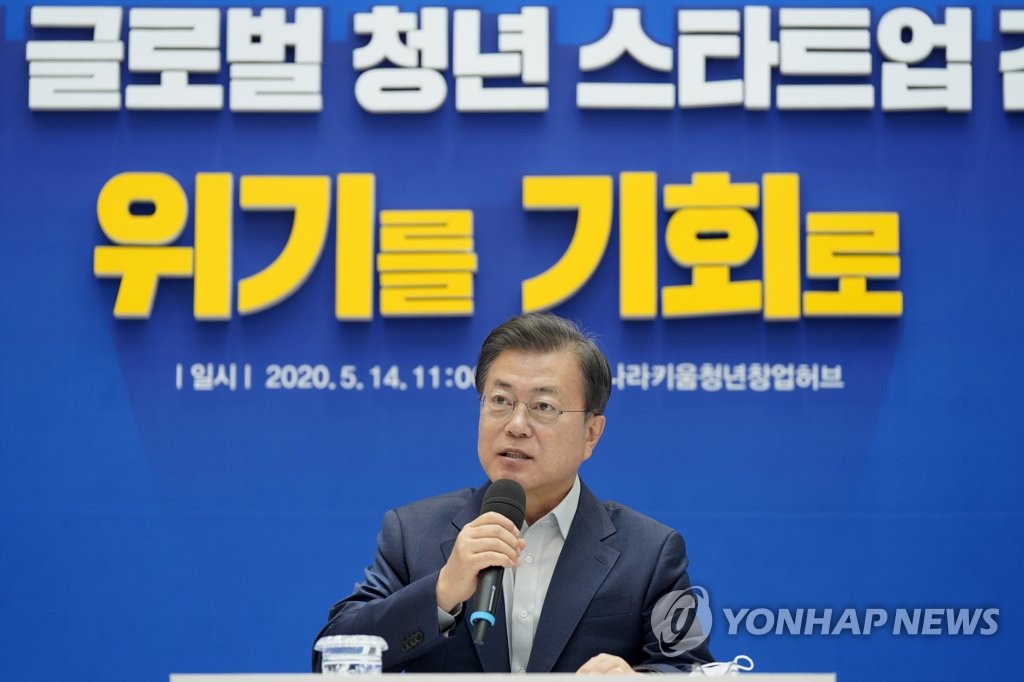 Since its launch, his administration has endeavored to make South Korea play a leading role in the global startup ecosystem, Moon said. The drive has produced some accomplishments, including a hike in the number of unicorns based in the nation.

"But we are now confronted with a coronavirus economic crisis. We are starting again from now," he told 21 South Koreans on the Forbes list of "30 Under 30 Asia." It features 300 innovators and entrepreneurs across Asia, all under the age of 30, and is updated each year.

He added, "In order for startups to grow as global unicorns, they should overcome many difficulties such as the valley of death and the Darwinian Sea."

The government will mobilize all available resources to revive "the flame of innovative growth," the president said.

As part of the efforts, the government will boldly seek the Korean version of the New Deal so that South Korea can spearhead new industries in the untact, digital fields.

In particular, the government will seek to create a major joint fund with the private sector, named "the Smart Republic of Korea Fund," to invest in new industries, Moon said. 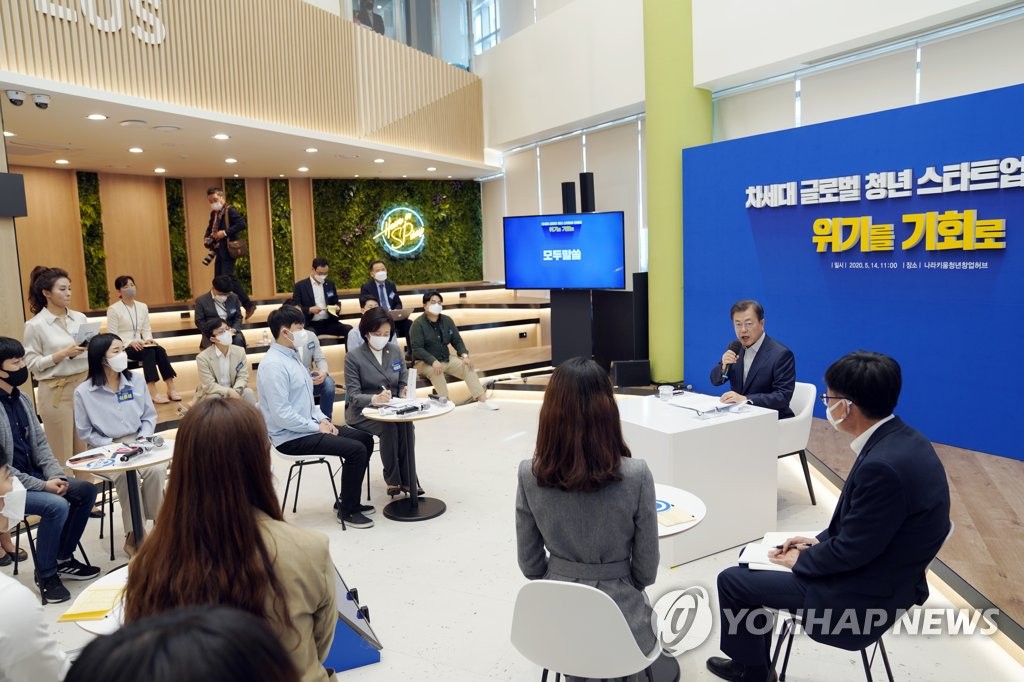