The meeting will convene next Wednesday to pass a set of legislation, including a revision to the employment insurance act, before the new parliament will begin its four-year term on May 30.

Three hundred new lawmakers for the 21st National Assembly were elected in the April 15 polls, in which the ruling Democratic Party (DP) and its sister party won a combined 177 seats in a landslide victory.

The floor leaders of the DP and the main opposition United Future Party (UFP) agreed on the schedule during their first meeting earlier in the day since they took the posts last week.

The parties will discuss details about what bills should be handled. But the legislation to be reviewed possibly includes a bill to expand the scope of the employment insurance recipients to artists and a proposal aimed at preventing the occurrence of a high-profile online sex crime.

But the floor leaders did not discuss details about the formation of standing parliamentary committees and the creation of the third extra budget designed to cope with the coronavirus outbreak, according to party officials.

Instead, they expressed a willingness to strengthen partisan cooperation in response to the pandemic.

"We will do our best to have dialogue and consultation (with the opposition party) as our state affairs partner and create a parliament that can meet people's expectations," DP floor leader Kim Tae-nyeon said at the meeting. 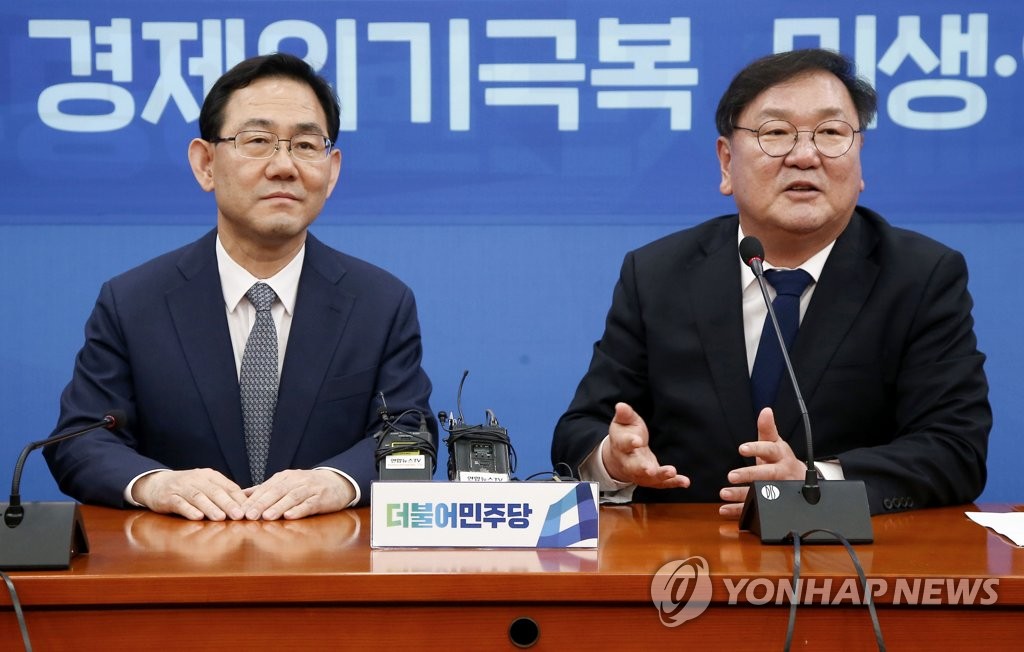