SEOUL, May 14 (Yonhap) -- Hyundai Motor Co. and its affiliate Kia Motors Corp. said Thursday all of their overseas plants will be in operation next week amid signs of the coronavirus epidemic passing its peak.

Currently, Kia's plant in Mexico is the only overseas manufacturing facility which is still suspended to manage inventories. South Korea's No.2 carmaker plans to restart production at its Mexican plant on Monday, a company spokesman said over the phone.

"Most of their overseas plants have resumed production at a reduced level and whether production volumes will return to pre-coronavirus levels largely hinges on demand recovery," he said.

Hyundai restarted its Brazil plant on Wednesday. Last week, Hyundai and Kia resumed operations at their Alabama and Georgia plants, respectively, in the United States. 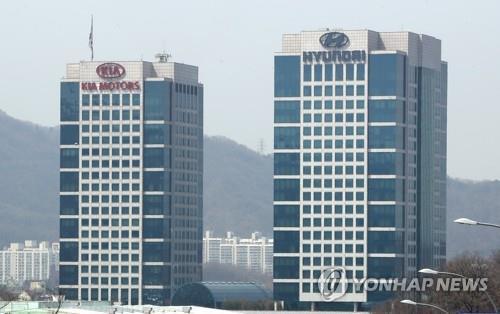