YANGJU, South Korea, May 14 (Yonhap) -- Post-round hugs and handshakes gave way to fist bumps. There was no clubhouse banter. There were more bottles of hand sanitizer than there were fans.

These are elements of golf's new normal during the coronavirus pandemic. 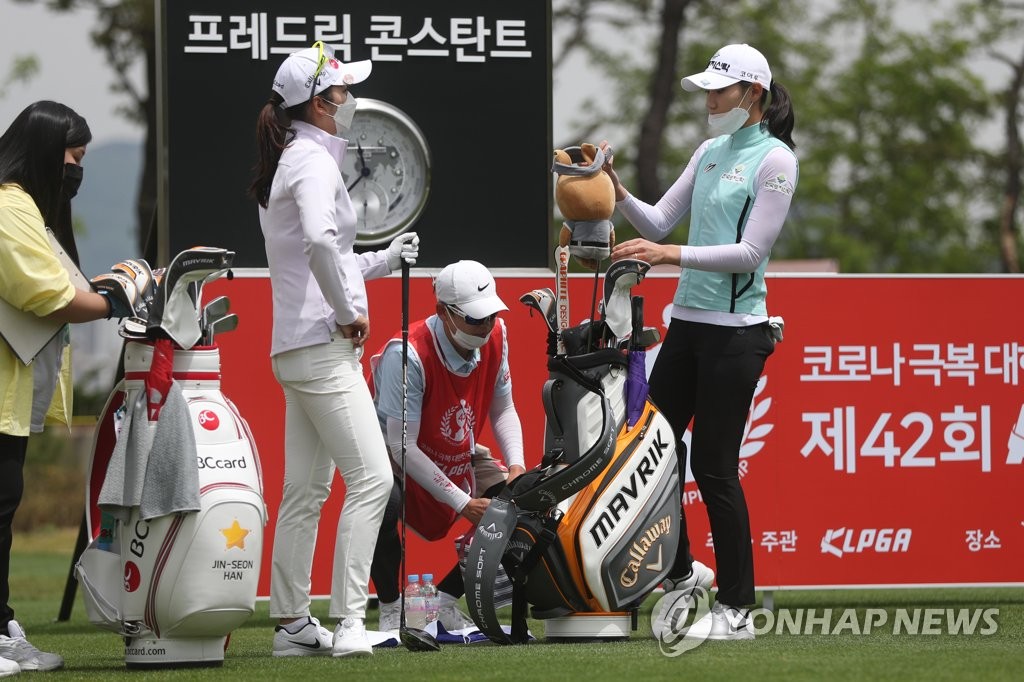 Golf returned in South Korea on Thursday with the opening round of the 42nd Korea Ladies Professional Golf Association (KLPGA) Championship in Yangju, just north of Seoul in Gyeonggi Province. It's the first golf tournament on South Korean soil this year, following the 2020 season opener held in Vietnam last December. And the KLPGA Tour has drawn substantial international media interest while the rest of the golfing world remains grounded.

Lakewood Country Club was open only to players, caddies, tournament officials and credentialed media. And inside their own lounge, players had to maintain a safe distance.

Dining tables were spread out so that players could eat separately while facing the same direction, in accordance with physical distancing guidelines. 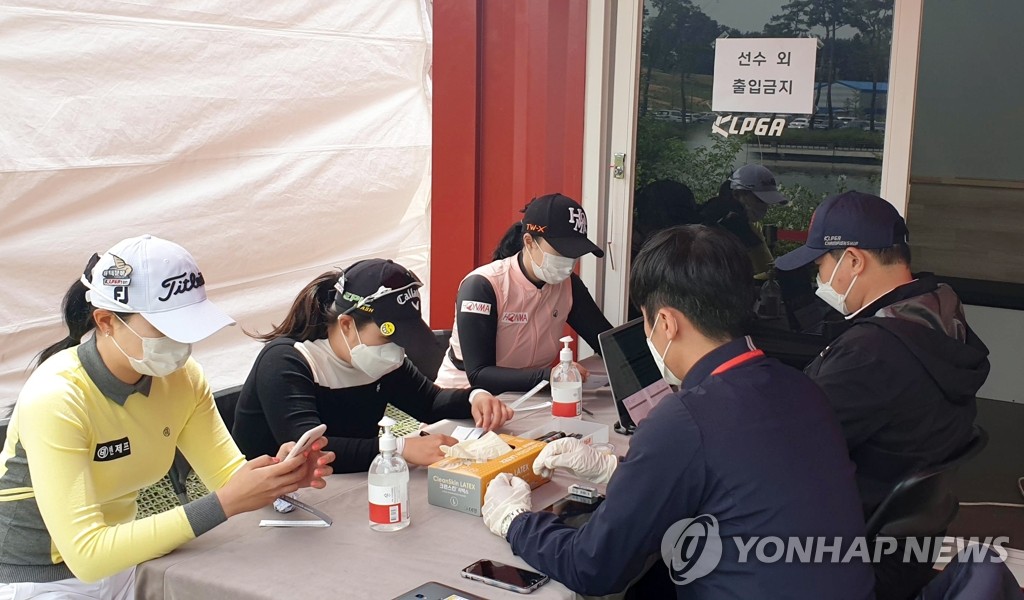 On the course, caddies had to keep their masks on, though players were allowed to take them off during their round. Flags on each hole were wrapped in antibacterial sheets.

The scoring tent was set up outside. Players typically sign their scorecards in an indoor scoring area, but this isn't a typical tournament.

Tournament officials and players all had to put their masks on inside that scoring tent. And players had to sanitize their hands before handing over their cards.

"With the eyes of the world on us, we feel the sense of responsibility to set the standard for quarantine in professional golf," a KLPGA official said. "We're determined to make this a clean tournament."

Players said it felt strange not to have fans around to applaud their shots. After making birdie putts or putting their iron shots close to the hole, golfers often acknowledge their fans with a quick wave or a smile. That won't be part of this tournament.

"I birdied the first hole, and I didn't know how I should celebrate it," said defending champion Choi Hye-jin. "I made an eagle and I just kept it to myself."

Kim Sei-young, world No. 6, said she felt like she was playing a practice round. Oh Ji-hyun, a KLPGA star, said it would have been nice to feed off the crowd's energy.

Bae Seon-woo, who plies her trade in Japan, said that without crowd reaction, it was difficult to tell where her shots landed on greens.

Choi said one advantage of playing without fans was that the pace of play picked up and she had better focus.

One player, who declined to be named, said, "Not a lot of fans follow me anyway. This didn't feel all that different." 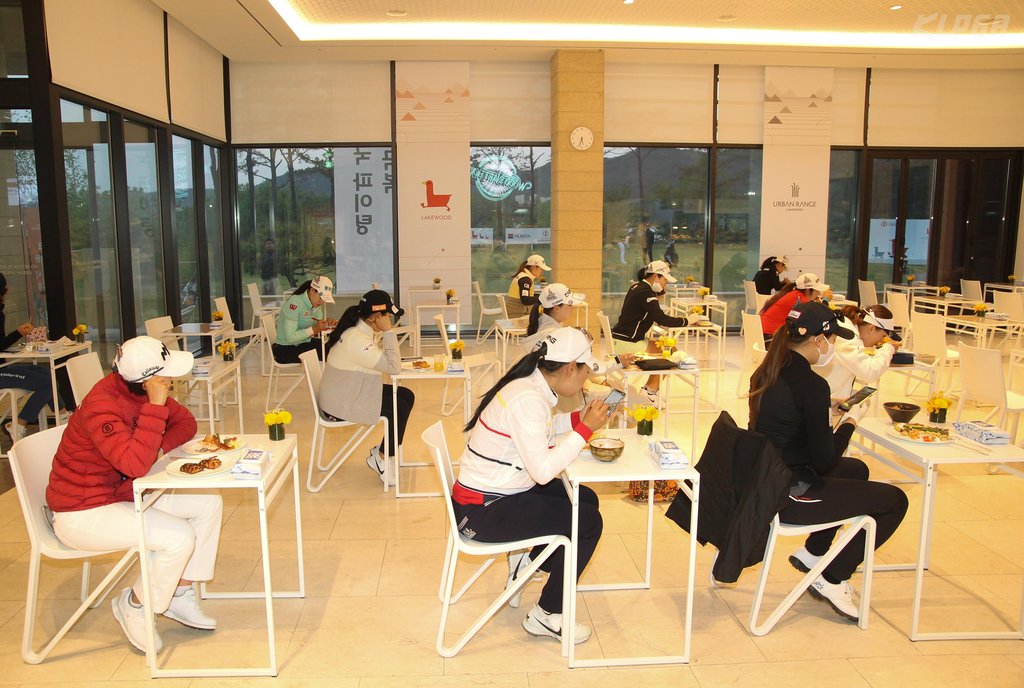