SEOUL, May 14 (Yonhap) -- South Korean firms are again beefing up their virus prevention measures after the country reported cluster infections linked to clubs and bars in a popular nightlife neighborhood in Seoul, industry insiders said Thursday.

After the country shifted to an "everyday life quarantine" scheme to normalize social and economic activities last week, many companies decided to end remote working and allowed their workers to return to the office.

However, with the recent surge in virus cases tied to nightclubs and bars in Itaewon, local firms are returning to remote working and reinforcing their virus prevention measures.

Samsung Electronics Co.'s COVID-19 task force urged workers who recently visited virus-contaminated neighborhoods to report to the company and get tested for the novel coronavirus. 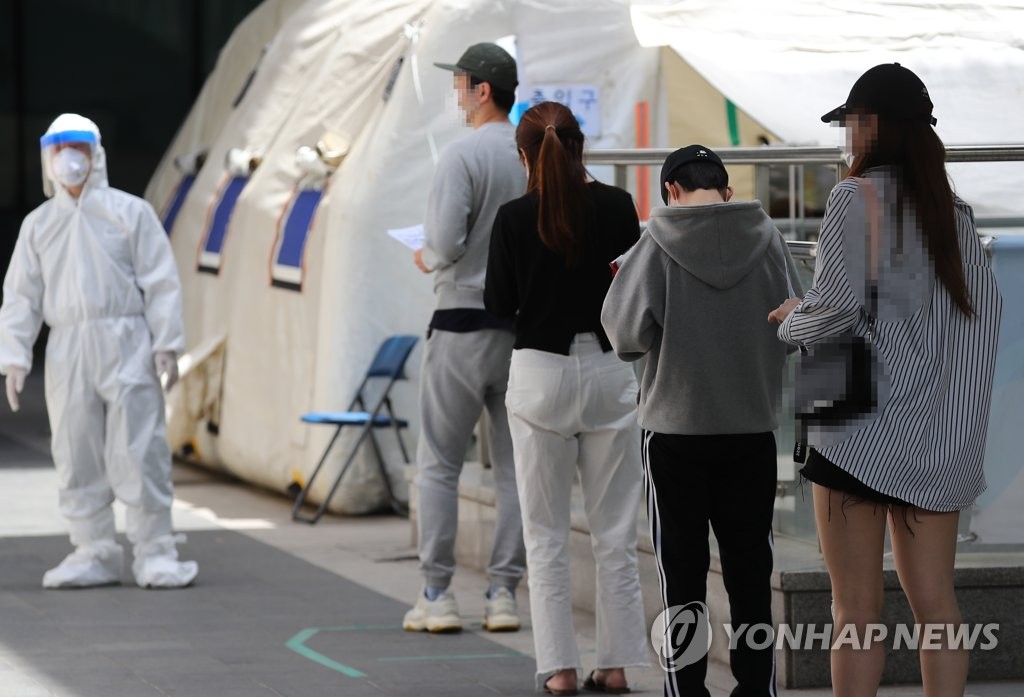 In addition to workers who visited entertainment facilities in Itaewon, Samsung employees who visited a bowling center in Suwon, south of Seoul, last Friday and Saturday are also required to take virus tests. Suwon is home to Samsung's headquarters.

Cheil Worldwide Inc., a marketing firm under Samsung Group whose headquarters is located in Itaewon, said that it has instructed its workers to work at other office buildings outside the multicultural neighborhood.

Only a small number of essential workers will commute to its Itaewon building, according to the company.

Top mobile operator SK Telecom Co. said it decided to resume remote working and its workers will work from home from Thursday to May 24.

SK Telecom previously enforced remote working from Feb. 25 to April 5 and then switched to a flexible working system, under which workers can choose their place of work.

SK Innovation Co., the top oil refiner here, said its quarantine level for its production sites has been raised to the same level as when the country's daily virus infections peaked.

Workers are advised to limit their business trips, and those who visited other regions are required to self isolate for at least four days, according to the company.

Other major firms, including Hyundai Motor Co. and LG Electronics Inc., said they have also told their workers to get tested if they visited places where virus cases were identified.

"Previous mass infections in the country involved a specific religion and a place," an official from local firm said. "But cases from Itaewon are connected with young people and spread around the Seoul metropolitan area, so we are more concerned about it"