SEOUL, May 14 (Yonhap) -- President Moon Jae-in has emphasized the need to inscribe the historic value and significance of the May 18 Democratization Movement in a new constitution of South Korea, a local broadcaster that interviewed him said on Thursday.

Moon had the special interview with the Gwangju regional station of MBC days ahead of the 40th anniversary of the bloody movement staged in Gwangju, 270 kilometers south of Seoul, in 1980. Citizens protested against the then-military junta led by Chun Doo-hwan.

The broadcaster plans to air the interview, which took place at the Sangchunjae pavilion inside Cheong Wa Dae earlier this week, on Sunday.

It released a preview of the interview in which Moon stressed the historic meaning and constitutional value of the May 18 incident.

If revising the Constitution is discussed again, the spirit of the movement should be reflected in the preamble, Moon was quoted as saying.

This is a way to promote national unity, he added, pointing out that the Gwangju case is at the center of the country's democratization.

Moon's call is not new, but this time, it came amid high expectations that the ruling Democratic Party will push in earnest for constitutional revision in the incoming National Assembly. It secured an overwhelming majority in the 300-member parliament through the April 15 general elections. 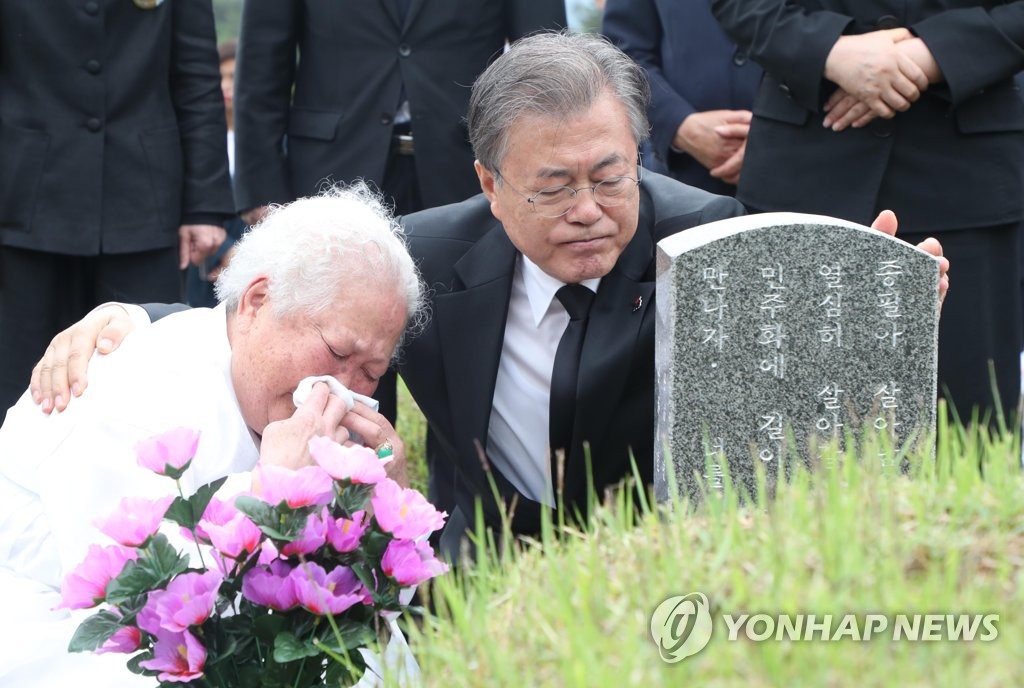