YANGJU, South Korea, May 14 (Yonhap) -- Three players were tied for the lead on Thursday after the opening round of the first professional golf tournament in South Korea this year.

Japanese tour player Bae Seon-woo was one of a trio who shot five-under 67 in the first round of the 42nd Korea Ladies Professional Golf Association (KLPGA) Championship.

The first major of the KLPGA season, being held at Lakewood Country Club in Yangju, Gyeonggi Province, is also the first golf competition on South Korean soil in 2020. The coronavirus outbreak forced the KLPGA to put its season on hold after the season opener in Vietnam last December. 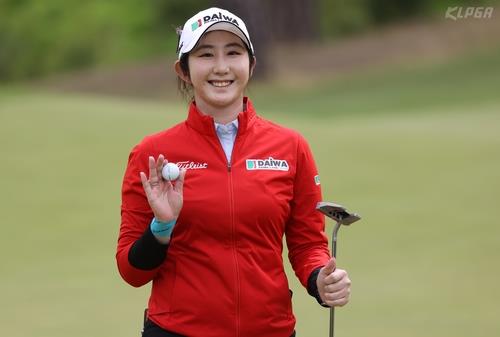 The tournament will be played without fans, due to lingering concerns of COVID-19 infections.

The 2019 KLPGA Rookie of the Year Cho A-yean was tied for fourth with two others after a four-under 68. Then eight golfers shot a 67, including the defending champion Choi Hye-jin.

U.S. LPGA stars struggled on Thursday. World No. 3 Park Sung-hyun, the highest-ranked player this week, carded a 73, as did the reigning LPGA Rookie of the Year Lee Jeong-eun. Kim Sei-young, a 10-time LPGA winner, shot a 74.

This is Park's first tournament of the year. She had planned to start her 2020 season in March but the LPGA Tour has been on hold since February due to the coronavirus outbreak.

Bae, who has four career KLPGA wins, had to be quarantined for 14 days after returning from Japan last month. Her quarantine only ended last Friday, and she didn't resume her practice until the following day.

But Bae didn't miss a beat, picking up five birdies against no bogeys. 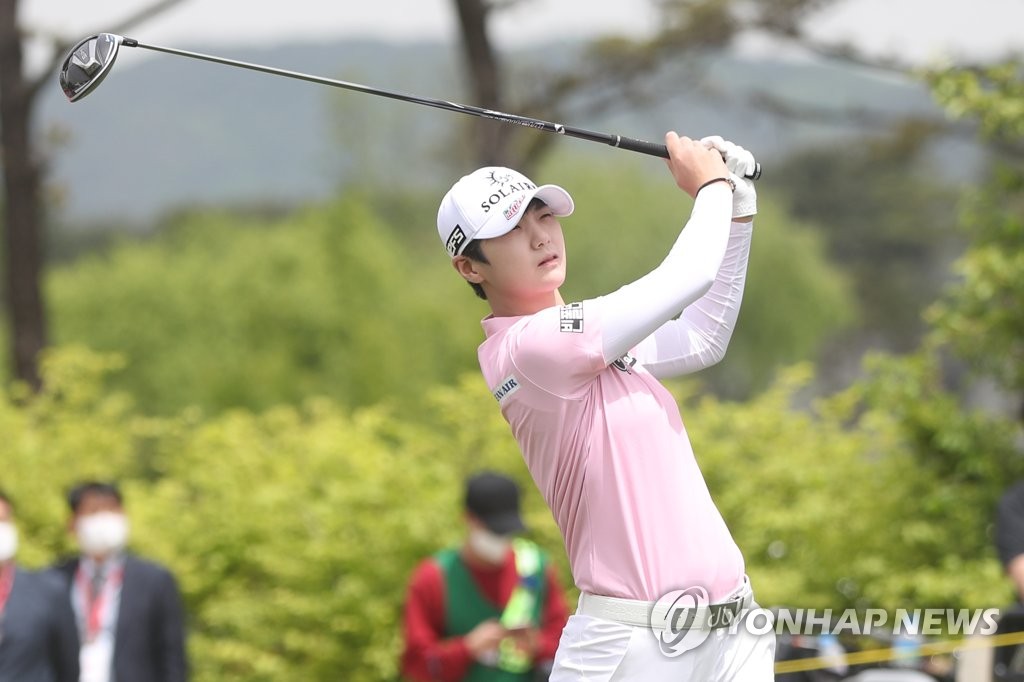 "I tend to lose my feel if I miss even three days of practice, and I was quite worried about this week because I didn't hold my clubs for 14 days," Bae said. "I scored better than I expected. I think it helped me that I didn't put any pressure on myself. But if an opportunity to win the title comes up, I will pounce on it."

On playing her first competitive round since last December, Bae said, "I feel like I can finally breathe. Now that I am back playing a tournament, I feel alive."

Park, the marquee name in the field, said she struggled on fast greens at Lakewood. Her first and only birdie of the round came at the 16th hole.

"I haven't figure out the greens here yet, and I didn't put a good putting stroke on any holes today," Park said. "I grew more accustomed to the speed of the greens on the back nine. I expect myself to play better tomorrow than today."