SEOUL, May 14 (Yonhap) -- The main opposition United Future Party (UFP) on Thursday agreed to merge with its affiliated party, which was created to seek proportional representation (PR) seats in last month's parliamentary elections.

Members of the UFP established the Korea Future Party (KFP) in the runup to the April 15 elections, which were conducted under new rules designed to give minor parties better chances to win PR seats.

UFP floor leader Rep. Joo Ho-young and KFP chief Rep. Won Yoo-chul said they agreed to push for a merger as soon as possible and launch an organization to complete the merger.

The merger will raise the main opposition's seats in the 300-seat parliament to 103 from 84.

The ruling Democratic Party and its affiliate party also completed their merger Wednesday. They won a combined 177 seats in last month's elections. 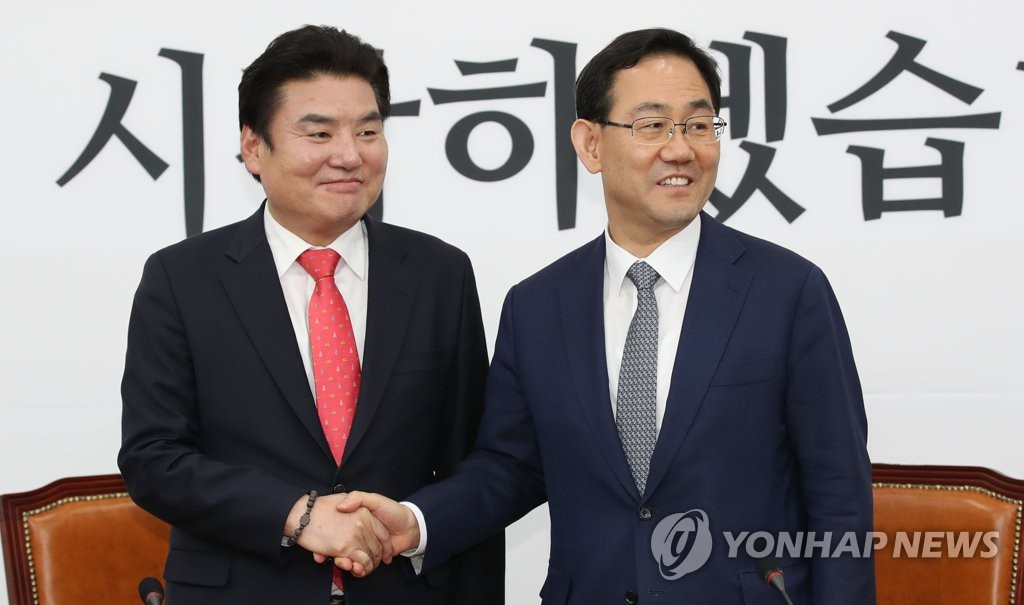