SEOUL, May 14 (Yonhap) -- Russia has delivered 25,000 tons of wheat in humanitarian assistance to North Korea, the Russian mission in Pyongyang said Thursday, amid the impoverished country's chronic food shortages.

Russian Ambassador to North Korea Alexander Matsegora visited the North's western port of Nampo earlier in the day to observe a cargo ship that arrived with high-quality grain from Novorossiysk, the Russian Embassy said in a Facebook post.

"At least 40 freight cars of wheat leave for Pyongyang every day, where it is stored or put into processing at flour mills," the embassy said, citing Nampo's harbormaster. The unloading was expected to continue until late this month.

The ship's crew members were under quarantine, and the unloading took place at an isolated area of the port, the embassy said, in an apparent effort to prevent the spread of the new coronavirus.

A North Korean foreign ministry official who accompanied the Russian envoy said they "highly appreciate" the aid provided during "this difficult time."

According to a recent U.N. report, about 10 million people in North Korea are in urgent need of food assistance as the country's agricultural sector has been affected by yearslong dry weather and irregular climate patterns. 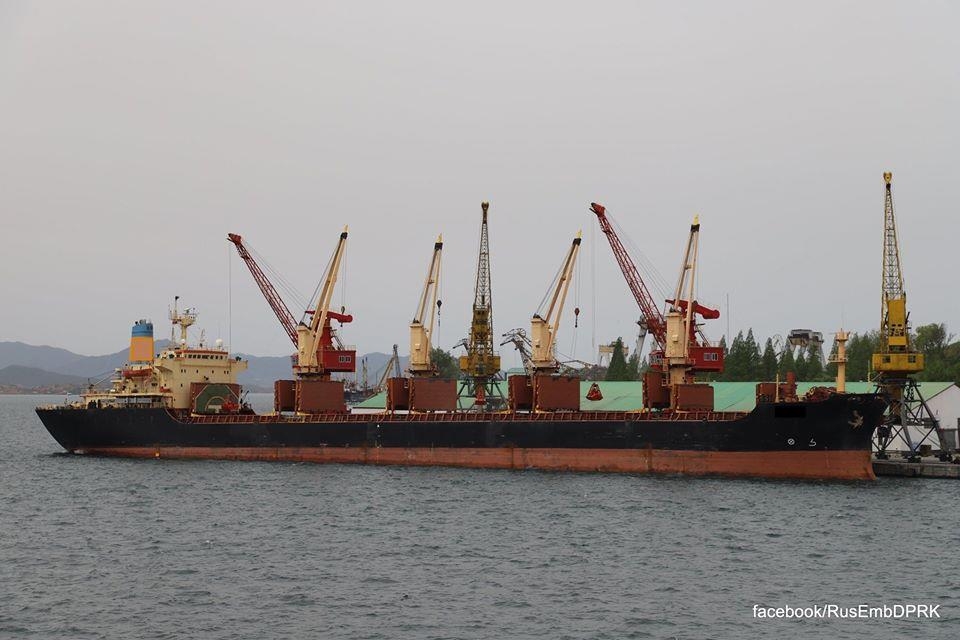