WASHINGTON, May 14 (Yonhap) -- The United States on Thursday issued a global advisory to counter shipping practices used by North Korea, Iran and Syria to evade sanctions.

The 35-page document -- published jointly by the Department of State, the Department of the Treasury's Office of Foreign Assets Control, and the U.S. Coast Guard -- provides individuals and businesses in the maritime industry and energy and metals sectors with information on how to counter illicit shipping and sanctions evasion.

"This advisory reflects the U.S. government's commitment to work with the private sector to prevent sanctions evasion, smuggling, criminal activity, facilitation of terrorist activities, and proliferation of weapons of mass destruction (WMD), with a focus on Iran, North Korea, and Syria," it says. 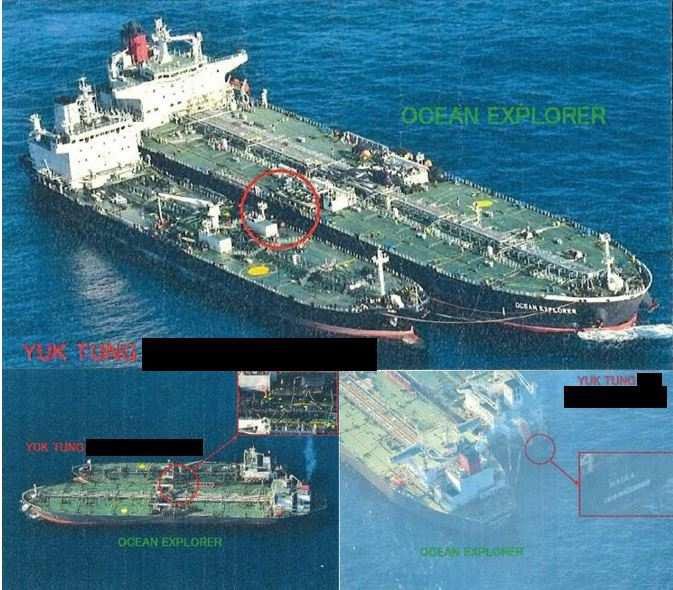 The document updates and expands on existing shipping advisories, including those related to North Korea that were issued by OFAC in February 2018 and March 2019.

They range from manipulating vessel identification systems and falsifying vessel documents to ship-to-ship transfers of cargo at sea and repeatedly registering with new flag states.

The advisory also recommends ways to identify potential sanctions evasion and ensure organizations involved in the maritime industry are in compliance with the sanctions.

A section on North Korea details the U.S. and United Nations sanctions that are in place against the communist regime, including bans on importing North Korean coal and exporting refined petroleum in excess of the U.N.-mandated limit of 500,000 barrels a year.

It also outlines "deceptive practices" used by North Korea to evade those sanctions, such as through illicit ship-to-ship transfers and the acquisition of old vessels, which are destined for scrapping but incorporated into its fleet of vessels for trade.

Last month, the U.S. government issued an advisory on the cyber threat posed by North Korea, along with mitigation measures.

That advisory from the Departments of State, the Treasury and Homeland Security, and the Federal Bureau of Investigation, outlined the means used by North Korea to steal, launder and extort funds.