SEOUL, May 15 (Yonhap) -- The coronavirus pandemic has increased downside risks to the South Korean economy, with exports and job markets suffering from economic devastation, the finance ministry said Friday.

In a monthly report, called Green Book, the Ministry of Economy and Finance painted a bleaker picture of the economic impact from the COVID-19 pandemic compared with its April report.

"With domestic consumption continuing to shrink, employment indices sharply dropped, downside risks to our economy are growing," the report said.

"Worries about global economic recession are also growing as risks increase in major economies," it said. 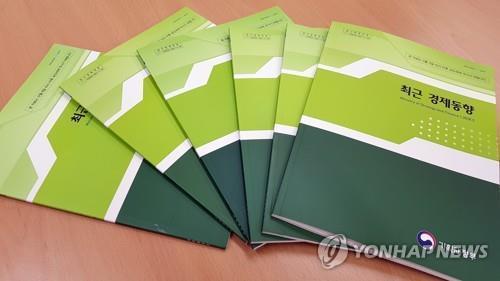 Earlier in the day, Finance Minister Hong Nam-ki held a meeting with senior executives from the nation's top five business conglomerates, including Samsung and Hyundai Motor, and asked them to increase corporate investment and maintain jobs.

The executives urged the government to ease regulations and expand support to bring their plants back from overseas, according to the ministry.

This week, South Korea reported the sharpest drop in its April employment since 1999 as the coronavirus pandemic hammered job markets.

The nation's exports sank 46.3 percent on-year in the first 10 days of May amid the shock from the pandemic.