The new measures are aimed at insulating plunging exports from economic activities at home, Kim told a meeting with senior ministry officials.

Kim warned that exports may continue to decline in May due in part to the lockdown measures of South Korea's major export destinations. 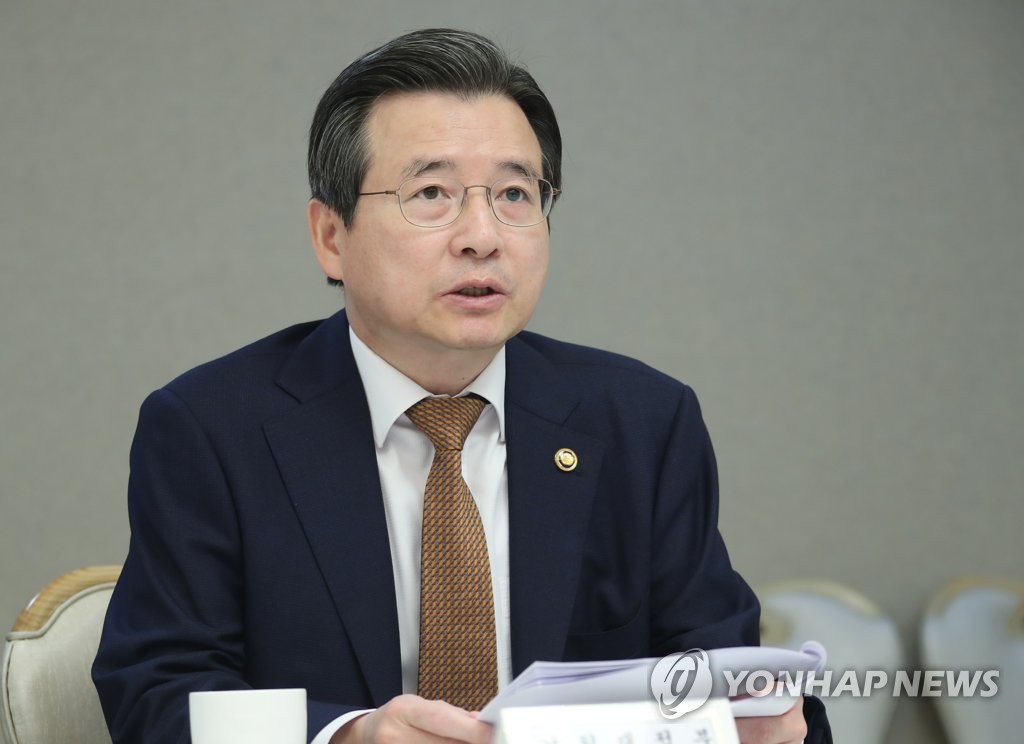 Last week, the government said it will provide 1.5 trillion won (US$1.2 billion) in subsidies to temporary workers who lost their jobs due to the coronavirus pandemic.

Temporary or freelance workers who lost their jobs will be eligible for the subsidies, and they will receive a total of 1.5 million won each.

Kim said the government will make efforts to begin handing out the subsidies from mid-June.