The Korea Institute for National Unification, a state-run think tank, published its annual white paper on Monday, laying out several human rights violations in the North, such as widespread public executions and prison camps.

On Friday, Uriminzokkiri, one of the North's propaganda websites, slammed the report.

"This is a grave political provocation toward the DPRK and a confrontational act that causes distrust and enmity between compatriots and drives North-South relations to a catastrophic end," the outlet said. DPRK stands for the North's official name, Democratic People's Republic of Korea.

Uriminzokkiri also claimed that the South has no right to talk about human rights of others, accusing Seoul of failing to resolve grievances of victims of the bloody crackdown on a 1980 pro-democracy uprising in the southwestern city of Gwangju, and bereaved families of the deadly sinking of the ferry Sewol.

"(They) should look back on their pathetic human rights situation and feel ashamed for being helpless in front of the victims of the May 18 pro-democracy Gwangju uprising and the bereaved families of Sewol ferry disaster, before pointing fingers at us and fabricating facts that are not true."

The outlet warned against any attempt to "disgrace the dignity and rights of our people," saying they will face consequences. 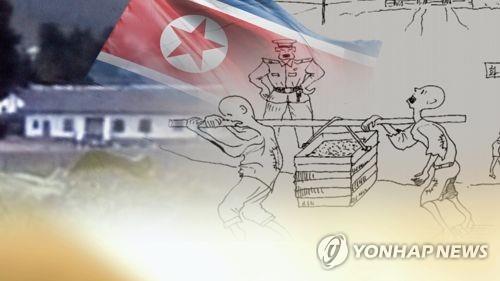