SEOUL, May 15 (Yonhap) -- South Korea on Friday reported 29 more coronavirus cases, with most tied to a cluster infection in Seoul, putting health authorities on alert against secondary and tertiary infections.

The new 27 cases of COVID-19 detected Thursday, with 22 of them being local infections, brought the nation's total number to 11,018, according to the Korea Centers for Disease Control and Prevention (KCDC).

The number of cases connected to bars and clubs in Seoul's popular nightlife district of Itaewon has reached at least 142 as of late Thursday, according to the KCDC and the Seoul city government.

Health authorities are staying vigilant against the community spread of COVID-19 connected to the Itaewon cluster that began early this month, urging those who visited the places to get virus tests, as the virus fight is a race against time.

They view that this weekend may be a critical moment for the country to contain the further spread of the new coronavirus across the country tied to the capital city's second-largest mass infection. 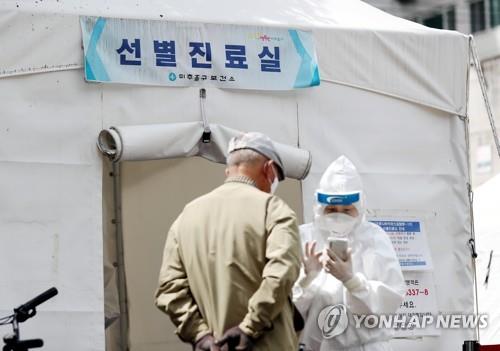 However, the number of daily new cases has been between 20 and 30 for the past week after the country saw an unexpected spike in cases coming from entertainment facilities in Seoul's Itaewon area, with secondary and tertiary infections reported not only in Seoul but across the country.

Imported cases, previously the biggest threat for South Korea's quarantine operations, are now less of a concern, though the country reported five more such cases Friday.

However, due to the recent surge in virus cases traced to the Itaewon area, the country has decided to push back the reopening of schools by one week, allowing students to begin physically attending classes in phases Wednesday.