SEOUL, May 15 (Yonhap) -- Hanwha Eagles' right-hander Kim Jin-young is a rarity in South Korean baseball this season: a reliever who's getting hitters out.

Even while balls are flying out of the parks and members of his bullpen brethren are taking a beating, the 28-year-old right-hander has been shutting down opposing hitters. 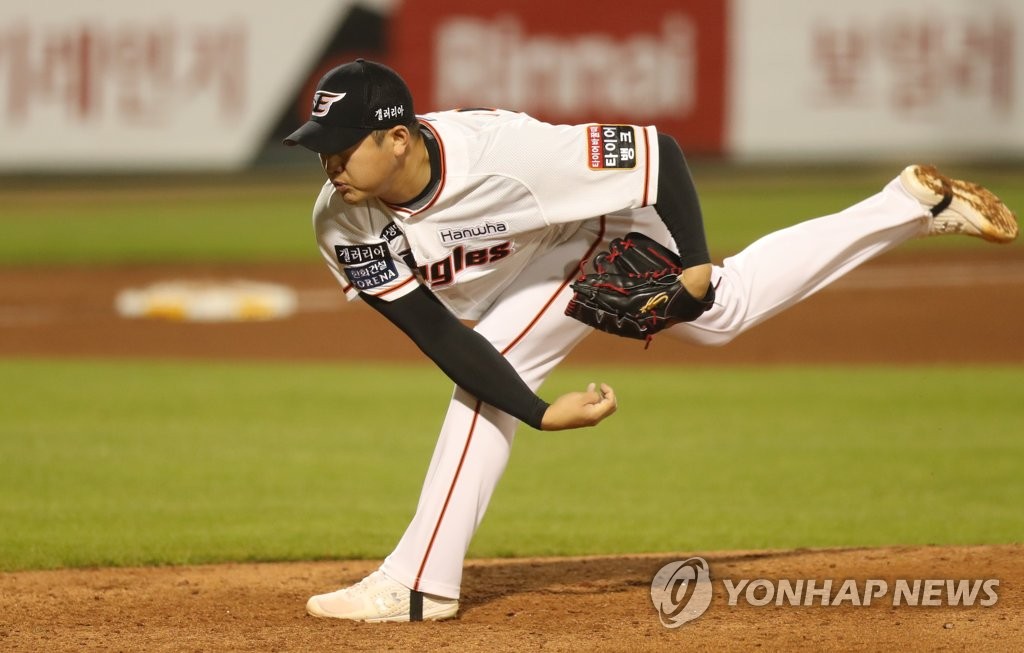 In 4 1/3 innings spanning five appearances, Kim has yet to give up a hit. He has struck out nine of the 14 batters he's faced, including the last six in a row across his past two outings.

This is the kind of promise that Kim once showed as a high school prospect a decade ago. He signed with the Chicago Cubs for US$850,000 in 2010, and scouts raved about his solid four-pitch mix, fastball command and good body control.

But Kim, held back by assorted injuries, never got past rookie ball in the U.S. After returning home, he spent two years fulfilling his mandatory military service and joined the Eagles in 2017.

Few would have batted an eye if the Eagles released Kim after those forgettable seasons. But they stuck with him, with pitching coach Chung Min-tae still believing in his right-hander. 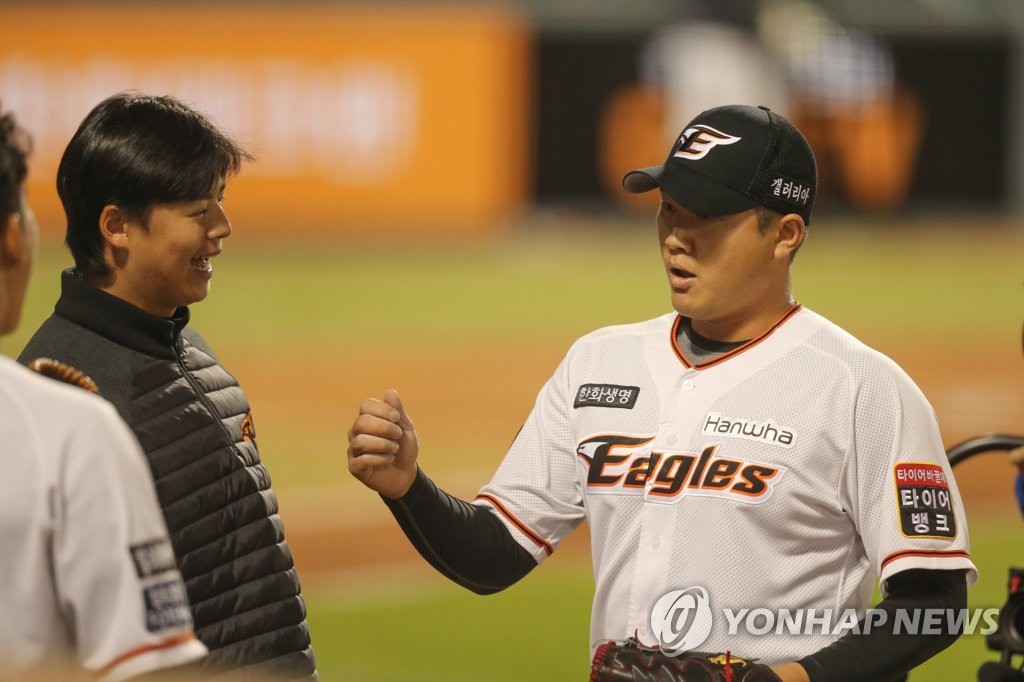 "Though Jin-young put up some ugly numbers, I felt he could still pitch at this level if he fixed a few things," Chung said. "On his delivery, his arm swing was too long, and his right arm tended to drop to the side too much. We addressed these mechanical issues during the offseason.

Kim is throwing harder than ever and with more control than ever. He's averaging 141.6 kph with his fastball and has touched the mid-140s, after not even hitting 140 in each of the past two years.

"Coach Chung helped me so much with my pitching techniques, and I relied on (bullpen coach) Park Jung-jin for some mental guidance," Kim said. "I've been struggling for so long. Now, I just want to have fun pitching."