SEOUL, May 15 (Yonhap) -- An officer at the South Korean military's cyber command has tested positive for the new coronavirus in the latest in a series of cases traced to a member of the command infected following a visit to clubs in Seoul's Itaewon district, the defense ministry said Friday.

The new case raised the total number of infections in the military to 51.

The infected officer is one of the Cyber Operations Command personnel put into quarantine at a military facility in Goesan, some 160 kilometers southeast of Seoul, after having contact with a staff sergeant who contracted the virus following a visit to clubs and bars in Itaewon early this month.

Nine of the staff sergeant's colleagues have been infected so far.

Separately, the military has also reported two positive cases in Yongin, south of Seoul, in relation to the cluster infection in Itaewon.

South Korea has seen a surge in the number of confirmed virus cases linked to Itaewon after a 29-year-old tested positive following visits to multiple clubs and bars in the multicultural neighborhood.

Some 80 enlistees who reportedly visited Itaewon before joining the military in the past two weeks have all tested negative for the virus, according to the ministry.

"We will continue to check if new enlistees have a record of visiting Itaewon, and conduct virus tests on those who have visited the neighborhood," a ministry official said.

On Friday, South Korea reported 27 new cases of the coronavirus, raising the nation's total infections to 11,018. 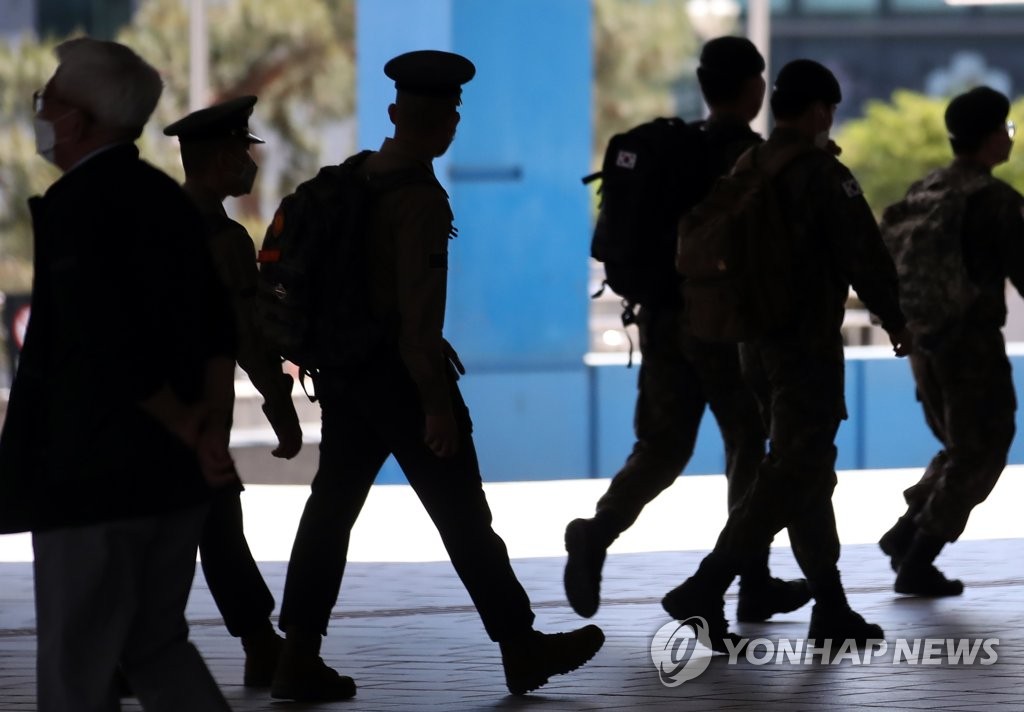