SEOUL, May 15 (Yonhap) -- The coronavirus pandemic triggered renewed controversy about whether to allow telemedicine services in South Korea, as a doctors' lobby group warned of "extreme" resistance against telemedicine.

Telemedicine is illegal in South Korea, but the nation has allowed doctors to treat coronavirus patients who have mild symptoms via telephone since late February.

Telemedicine has played a role in protecting medical staff from exposure to the virus, while helping virus patients recover. However, doctors have strongly opposed full-blown telemedicine services, saying such services may lead to misdiagnoses and data theft.

During the pandemic, the government has stressed the need to adopt telemedicine services.

Kim Yeon-myoung, senior presidential secretary for social affairs, said earlier this week that the government will analyze the effectiveness and safety of telemedicine services.

The Ministry of Economy and Finance, which had supported telemedicine in principle, also raised its rhetoric in favor of telemedicine this week, with Vice Finance Minister Kim Yong-beom emphasizing the need to "actively review" potential deregulation to introduce nationwide telemedicine services.

"The Ministry of Economy and Finance is sticking to its stance that there is a need to actively review the implementation of telemedicine services," Kim told reporters on Thursday. 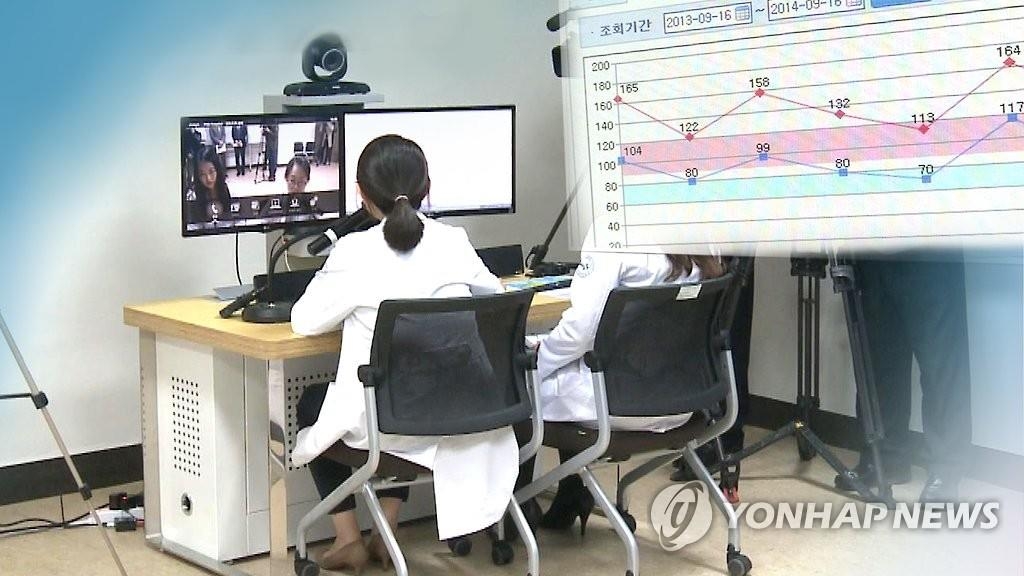 The Korean Medical Association (KMA), which represents some 130,000 physicians across the country, is strongly opposed to the move, citing safety concerns and other potential problems.

Choi Dae-zip, president of the association, told Yonhap News Agency by telephone that the KMA will strongly resist if the government pushes for nationwide telemedicine services.

"We have no choice but to wage an extreme battle if the government pushes for telemedicine because it could undermine the nation's medical system," Choi said.

Doctors have argued telemedicine will hurt smaller clinics as patients will be able to get help virtually through large hospitals.

The government also faces a legal hurdle, which may not be easy to overcome, if it seeks to introduce telemedicine services.

In 2015, South Korea increased the number of people in its telemedicine pilot program to about 5,300 on seven remote islands, as well as prison inmates, deep-sea fishermen and soldiers near the border with North Korea, to assess the feasibility of the system before expanding it across the country.