SEOUL, May 16 (Yonhap) -- For President Moon Jae-in, June will be a crucial month in preparations for the post-coronavirus era and efforts to jump-start inter-Korean ties.

He is setting his sights on a string of major projects in the coming month related to the economy and inter-Korean cooperation, while quarantine authorities here are struggling to contain COVID-19 amid concerns about new cluster infections in Seoul's nightlife district of Itaewon.

Moon and his aides hope that the number of daily confirmed cases will drop back to single digits ahead of end-May, as they are seeking to launch a full-fledged drive the following month to reinvigorate the economy and inter-Korean relations.

In early June, Moon's economy team plans to unveil its policy direction for the latter half of this year. A highlight would be details of Moon's Korean version of the New Deal. The concept is to seek a "Green New Deal" or "Digital New Deal," but details remain vague.

"Beginning in June, President Moon would like to focus on (taking) concrete measures to prepare for the post-coronavirus era. The new National Assembly is opening as well at a time when related legislative steps are necessary in addition to administrative ones," a Cheong Wa Dae official said. 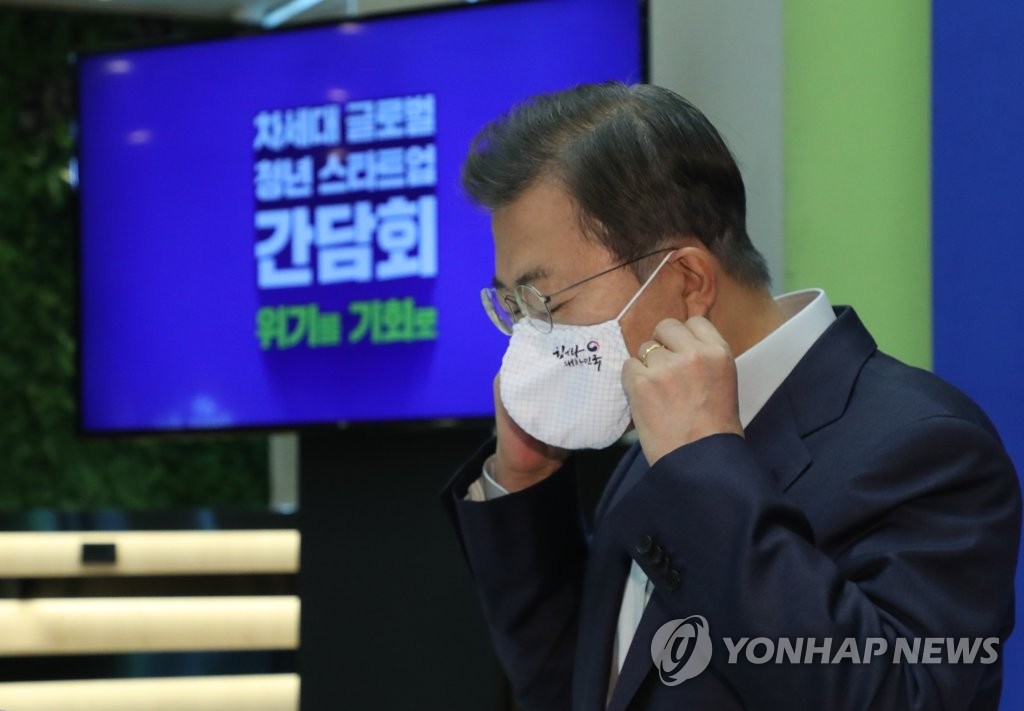 South Korea hopes to organize relevant ceremonies with the North, which depends apparently on Pyongyang's attitude and coronavirus-related conditions.

Moon has already proposed inter-Korean quarantine cooperation as a starting point for a broader range of partnerships including relinking cross-border railways and allowing South Koreans to make individual tours of the communist nation.

He believes that Chinese President Xi Jinping could support the process, probably as a mediator.

Cheong Wa Dae still hopes that Xi will travel to South Korea before the end of June as initially agreed. The best-case scenario is that he visits the South with a message from North Korean leader Kim Jong-un right after holding summit talks with him in Pyongyang, according to an informed source.

Regarding the yearlong trade row with Japan, the government urged the neighboring country to retract export control measures by the end of June, according to another source. Tokyo initiated the retaliatory action in early July last year in protest against Seoul's handing of the wartime forced labor compensation issue.

Moon gearing up for key projects on economy, peace process in June

Moon gearing up for key projects on economy, peace process in June