SEJONG, May 15 (Yonhap) -- South Korea's finance ministry said Friday it will continue to crack down on speculative home transactions in Seoul and its neighboring areas.

Vice Finance Minister Kim Yong-beom said home prices in some areas of the Seoul metropolitan region, which includes Gyeonggi Province and Incheon, showed signs of a modest rise due to transactions for short-term gains.

"The government will make efforts to firmly stabilize the property market," Kim said.

Housing prices have been on the rise in recent years, spurring policymakers to roll out a series of measures, including tightened home-backed loan regulations and higher taxes, to cool home prices.

In the toughest steps ever to stem the rise of housing prices in Seoul and its neighboring areas, mortgage loans have been banned for purchases of houses worth more than 1.5 billion won in areas designated as "speculative" and "overheated speculative" since December last year.

The loan-to-value ratio for the purchase of a home valued from 900 million won to 1.5 billion won (US$1.2 million) will be cut to 20 percent from the current 40 percent. 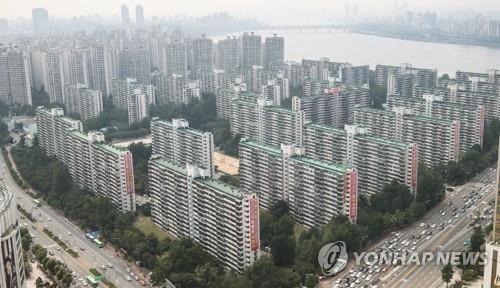