SEOUL, May 15 (Yonhap) -- Changes in the media industry, such as the emergence of online streaming services, have exerted a strong influence on South Korean show business.

A handful of long-running TV programs, including sketch comedy shows, have lost popularity and disappeared as they failed to keep pace with new media trends.

"Gag Concert," a 21-year old sketch comedy TV show on KBS, is one of the programs on the verge of disappearing into history.

"The program will go on hiatus for renewal due to various reasons, like changes in the media landscape, comedy trends and the limits of an open comedy show," KBS said in a statement released on Thursday.

"Our staff and cast members will continue to make various attempts at new types of comedies on our YouTube channels during the break," it added.

But the broadcaster did not elaborate on the specific date of resumption, while insiders suggest that KBS has decided to terminate the program for good. 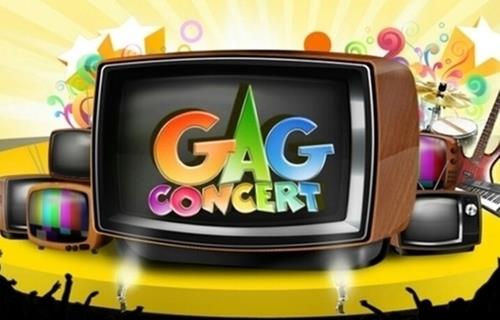 Launched in mid-1999, "Gag Concert" gained huge popularity with a mix of slapstick and prop comedy every Sunday night, with its viewership peaking at 28.9 percent in 2003 and hovering around 20 percent until the early 2010s.

The show's heyday put a number of comedians on the map, including Kim Jun-ho, Jung Hyung-don, Lee Su-geun and Kim Jun-hyun.

But while entertainment trends have moved to outdoor variety shows and real-life situation productions in South Korea, the comedy show has been struggling with sliding popularity and ratings in recent years.

In order to break the stalemate, its producers suspended the program for two weeks and reformed its skits to be more fashionable last summer.

But it was difficult for them to change the game by reviving once-popular sketches and refurbishing some episodes.

The renewed program's viewership made a dead cat bounce in the first few weeks but faltered to below the 5 percent level. And it marked a record low of 2.5 percent on its latest episode that aired on May 8.

Experts noted that it was a matter of time for broadcasters to terminate outdated comedy shows, which largely depend on slapstick and antics of comedians.

"It's part of the changes of the times. Comedians have become entertainers in variety shows or reality shows," culture critic Gong Hee-jeong said. "Producers now have to seek ways to change and develop comedy shows in a way befitting the new era."