SEOUL, May 15 (Yonhap) -- Hyundai Steel Co. does not have a plan for any further output cut, despite weak steel demand due to the coronavirus pandemic, its chief said Friday.

Hyundai Steel has three blast furnaces and an electric arc furnace, also known as a mini-mill, at its steel mill in Dangjin, about 120 kilometers south of Seoul. 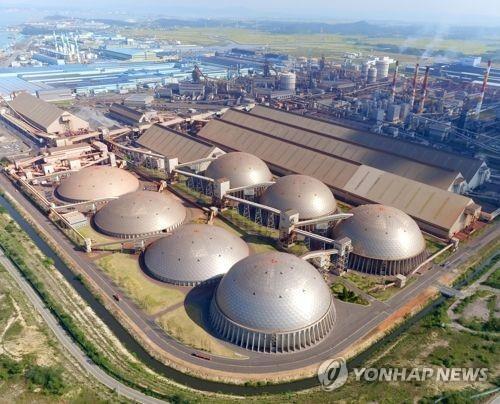 He said he expects a turnaround after the third quarter of this year.

For the three months that ended March 31, Hyundai Steel posted a net loss of 88.6 billion won (US$72 million), shifting from a net profit of 94.4 trillion won a year earlier.

Hyundai Steel has no plan to cut output: CEO

Hyundai Steel has no plan to cut output: CEO