A city official said Friday that health authorities have identified a link between recent infections at the university district of Hongdae, western Seoul, and cases linked to nightclubs and bars in Itaewon. 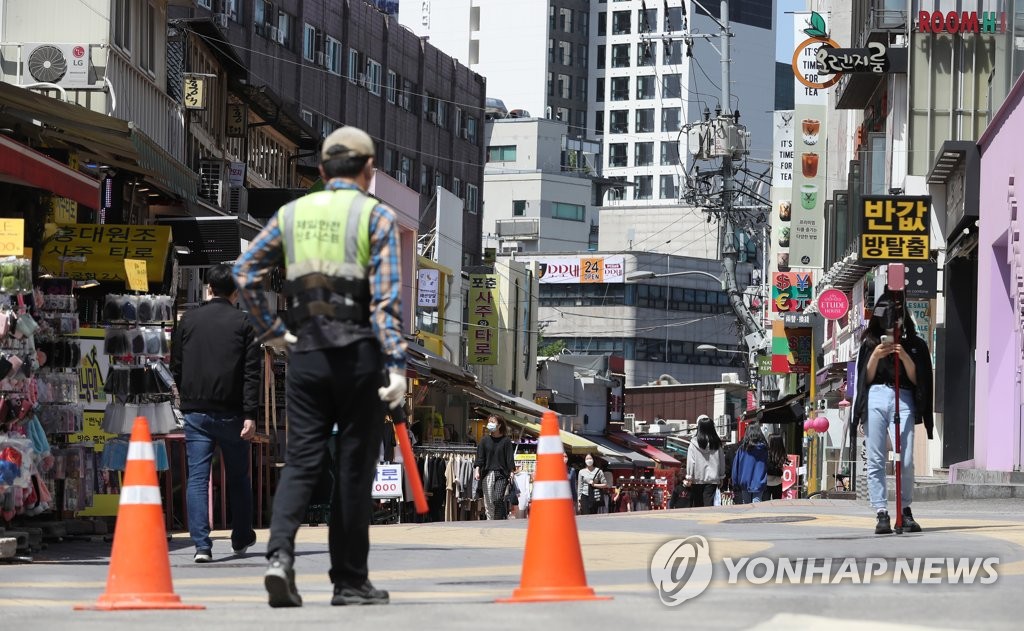 A chain transmission has been reported at another noraebang in the northeastern Seoul ward of Dobong, where an acquaintance of an Itaewon clubber had visited. Na said the patients used different rooms in the Dobong karaoke, but that the rooms were found to have used the same air ventilation system, through which the virus could have spread.

But Jeong Eun-kyeong, chief of the Korea Centers for Disease Control and Prevention (KCDC), said later in the day that the virus might have spread through tiny droplets in the air, not the air ventilation system.

Even though they used different singing rooms, "there is a possibility that the virus was transmitted through contacts in common areas, such as toilets and resting rooms," she said.

"We see the chance of transmission as being higher through sharing the same space and time than through the ventilation system," she said, noting there has been no report of infection through such systems.

Related cases are expected to rise when health authorities track down visitors at other karaoke facilities the patients visited.

South Korea had reported 153 cases connected to the Itaewon case as of noon, with 93 of them aged between 19 and 29, according to the KCDC. There were also 15 who are 18 or younger.

Reports of secondary and tertiary transmissions coming from the Itaewon case have also been on the rise, with infections of 63 people who did not visit the area.

Of the total, 135 cases have been reported in the capital area of Seoul, Gyeonggi Province and Incheon, stoking worries over the infectious disease further spreading in the area that is home to half of all South Koreans.