SEOUL, May 16 (Yonhap) -- The number of moviegoers fell to a record low last month as the coronavirus scare has kept people from going to cinemas, data showed Saturday.

A total of 970,000 movie tickets were sold in April, plunging 92.7 percent from 13.3 million tallied a year ago, according to data from the Korean Film Council (KOFIC).

It is the lowest monthly box office number since KOFIC started to compile such data in 2004, and below the previous all-time low of 1.83 million set in March.

A record low of 140,000 people saw homegrown films last month, down 94.9 percent on-year, while foreign flicks attracted 830,000 viewers over the same period, down 92.1 percent from a year earlier.

The number of moviegoers in South Korea has been declining sharply since the beginning of 2020 as the COVID-19 pandemic has swept the world.

Some 16.8 million people went to theaters in January, followed by 7.37 million in February and 1.83 million in March.

In efforts to cope with slumping demand, big multiplex chains have closed some of their theaters in April, while dozens of movies have postponed scheduled premieres. 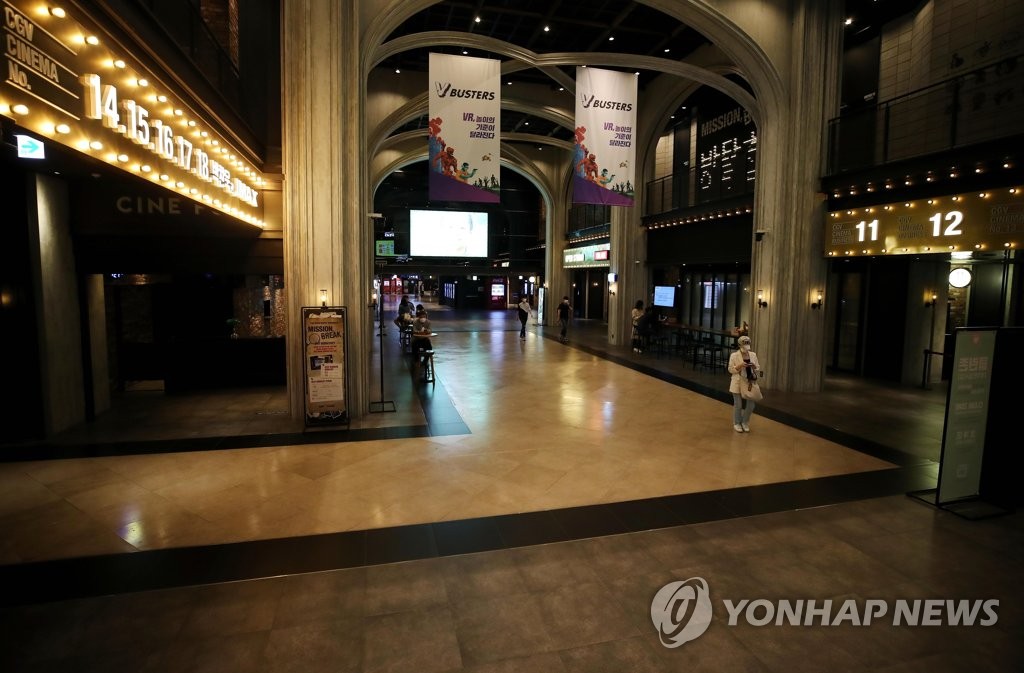