Net income stood at 93.8 billion won (US$76.3 million) in the January-March period, up 23.4 percent from the year earlier, said the local unit of British banking giant Standard Chartered Bank.

The lender said overall revenue showed a marked upturn thanks to a rise in assets and greater fee income. Also responsible was a slight gain in costs on efforts to trim costs and boost productivity.

The bank's return on equity, a key measure of profitability, stood at 8.32 percent in the first quarter, up 1.64 percentage points from a year earlier.

The lender's ratio of nonperforming loans reached 0.40 percent as of the end of March, with its loan delinquency rate coming to 0.22 percent. 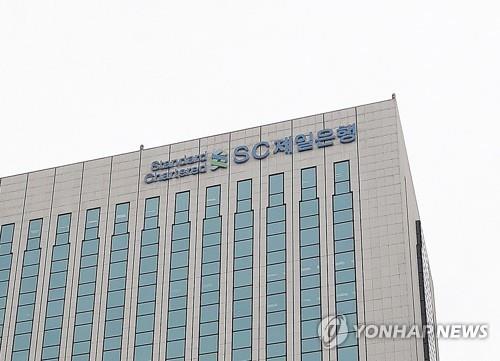