SEOUL, May 15 (Yonhap) -- South Korean stocks closed slightly higher Friday after a choppy session as investors sat on the sidelines over the growing concerns over the diplomatic and economic tension between the United States and China. The Korean won fell against the U.S. dollar.

Seoul shares got off to a strong start after investors welcomed the gradual reopening of businesses across the globe, including the United States. 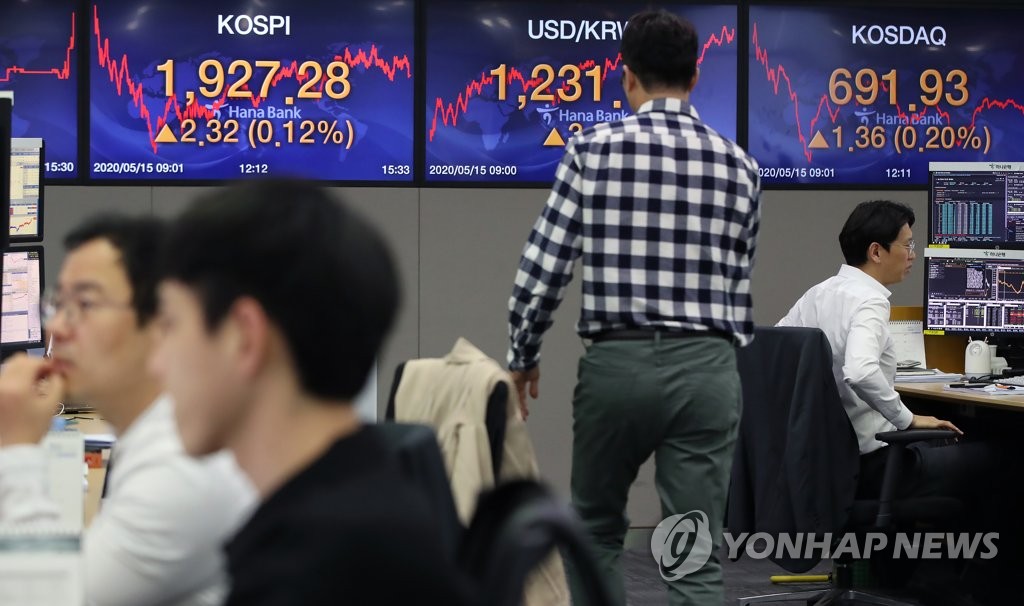 The index, however, lost ground during some points during the session as U.S. President Donald Trump said that the world's top economy may cut off all ties with China, as the bilateral relationship continued to sour over issues related to trade and the handling of the virus pandemic.

"It is significant that the global oil prices have rebounded to lend support to investors' sentiment," said Seo Sang-young, a researcher at Kiwoom Securities Co. "But the growing possibility over another trade row between Washington and Beijing lingers as a risk."

In Seoul, major blue chip shares traded mixed across the board.

Bond prices, which move inversely to yields, closed mixed. The yield on three-year Treasurys added 0.5 basis point to 0.874 percent, and the return on the benchmark five-year government bond shed 0.4 basis point to 1.118 percent.