SEOUL, May 15 (Yonhap) -- Korean Air Lines Co., South Korea's biggest carrier, said Friday its first-quarter net losses deepened from a year earlier due to the impact of the coronavirus on the airline industry.

Net losses widened to 736.86 billion won (US$598 million) for the three months that ended in March from a loss of 116.95 billion won in the year-ago period, the company said in a statement.

The national flag carrier has gradually suspended more than 90 percent of its flights on international routes since March as an increasing number of countries closed their borders or imposed entry restrictions on incoming passengers. 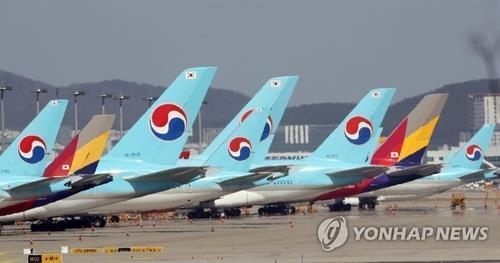