Presidential spokesman Kang Min-seok stressed that the meeting was to discuss media-related policy, not to "reprimand" the military.

Earlier in the day, the Seoul-based Chosun Ilbo newspaper carried a front-page report claiming that Moon's office had called in senior military officers and berated them over the revelation of the unannounced joint exercise conducted by the Navy and the Air Force on May 6. The next day, an official daily, affiliated with the Ministry of Defense, reported the training staged in the vicinity of northwestern islets near the sea border with the North.

The North's military then issued a statement describing the action as a grave provocation. It said the military practice was a reminder that, "The enemies remain enemies all the time." It added, "Everything is now going back to the starting point before the North-South summit meeting in 2018." 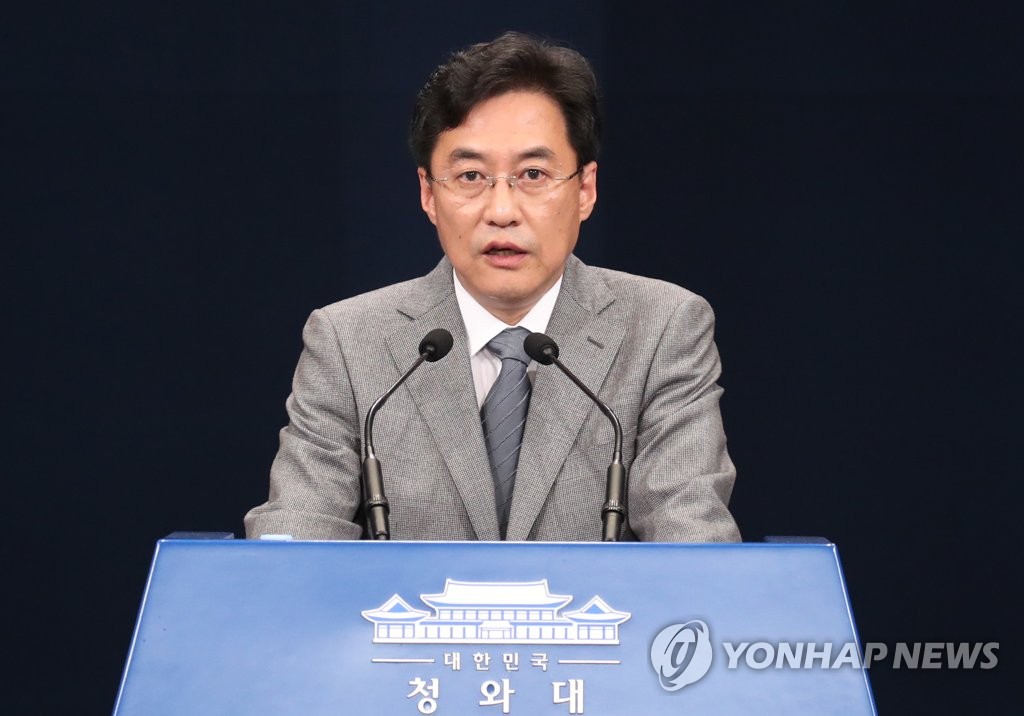 Pyongyang's angry response came at a time when the Moon Jae-in administration is seeking to resume inter-Korean cooperation, especially against the coronavirus.