SEOUL, May 15 (Yonhap) -- The martial law commander at the time of South Korea's 1980 pro-democracy uprising warned the then-U.S. ambassador that the country could end up a communist nation like Vietnam unless the revolt was quelled, declassified U.S. documents showed Friday.

The commander, Gen. Lee Hui-sung, also tried to justify the martial law's expansion during the meeting with Ambassador William Gleysteen on the day of the revolt, claiming the growing influence of communist thinking spreading amongst young students was posing threats to South Korea's security, according to the documents.

It was when Gen. Chun Doo-hwan was effectively in control of South Korea after taking power in a military coup following the assassination of strongman President Park Chung-hee the previous year at the hands of his own spy chief.

On May 18, 1980, citizens in the southwestern city of Gwangju rose up against Chun, and his military junta sent paratroopers and ruthlessly cracked down on the nine-day revolt, leaving more than 200 people killed and 1,800 others wounded.

"He justified expanded martial law as necessary to deter a danger which had become an unacceptable threat to the survival of the ROK," Gleysteen said in a telegram to the State Department, referring to South Korea by its official name, Republic of Korea.

"The rampant growth of communist thinking among students and radical tendencies within the student movement posed the likelihood of massive disorders which the government could not control without undermining the country's external security," he said. "If they were not controlled, Lee feared the ROK would be communized in a manner similar to Vietnam." 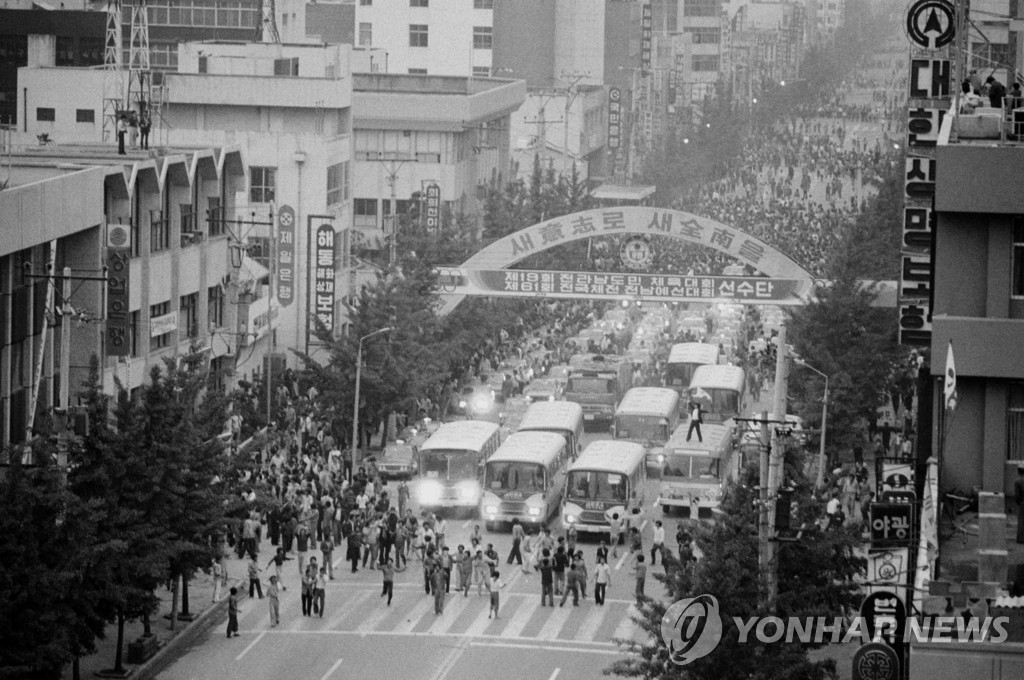 The documents were released by the State Department at Seoul's request for such diplomatic materials to be used as reference in a government-led probe into the bloody crackdown on the uprising.

Gleysteen also assessed that there was "a real danger of further struggle within the Army," as "a minority of younger officers have seized power from the established authorities," and that Chun appeared to want to use that to his own advantage in seeking U.S. approval for legitimacy as a government.

"Obviously Chon and his colleagues would like to enlist our help in containing military counter action. While we can easily stress the importance of unity in the military, we may conceivably be faced with some extremely tricky choices in the weeks and months ahead."

It is the first time the South Korean government has made a formal request to the U.S. for document release, the foreign ministry here said. This year marks the 40th anniversary of the outbreak of the Gwangju uprising.